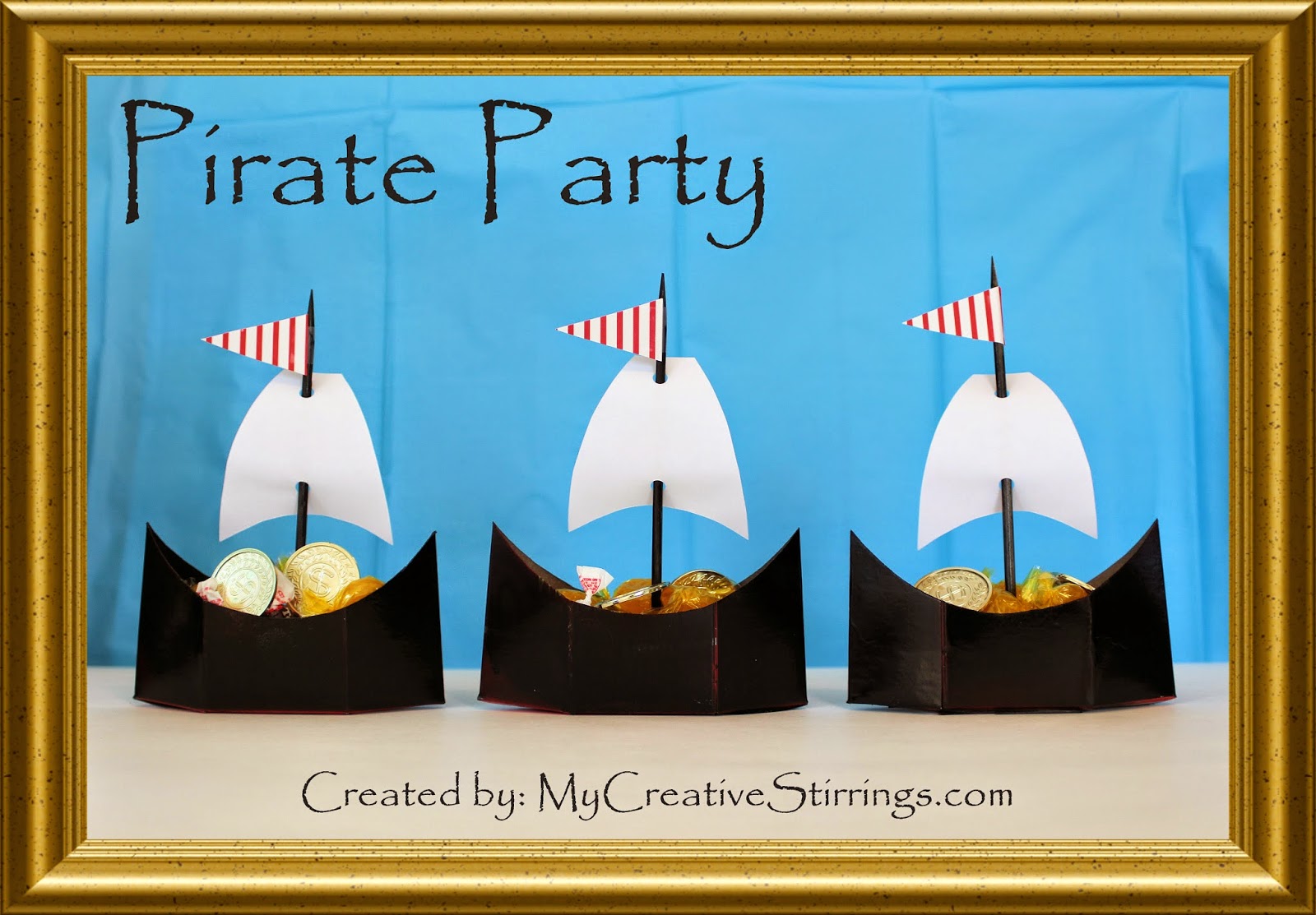 Hello one in all!  I have set a goal to catch up on all the posts I have in storage that have never seen the sun :).  We'll start with this pirate party I threw together in just 2 days on less than $20! 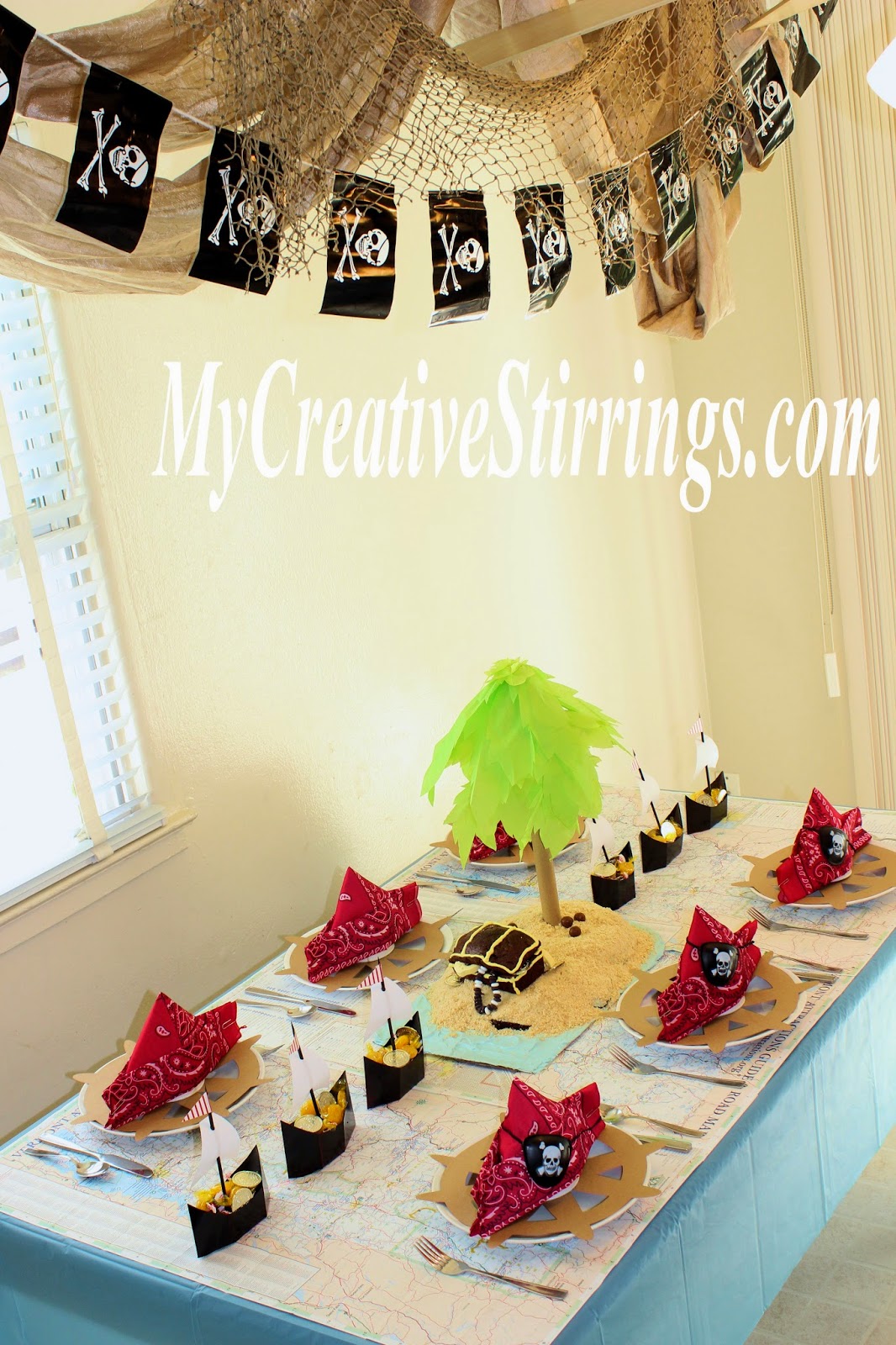 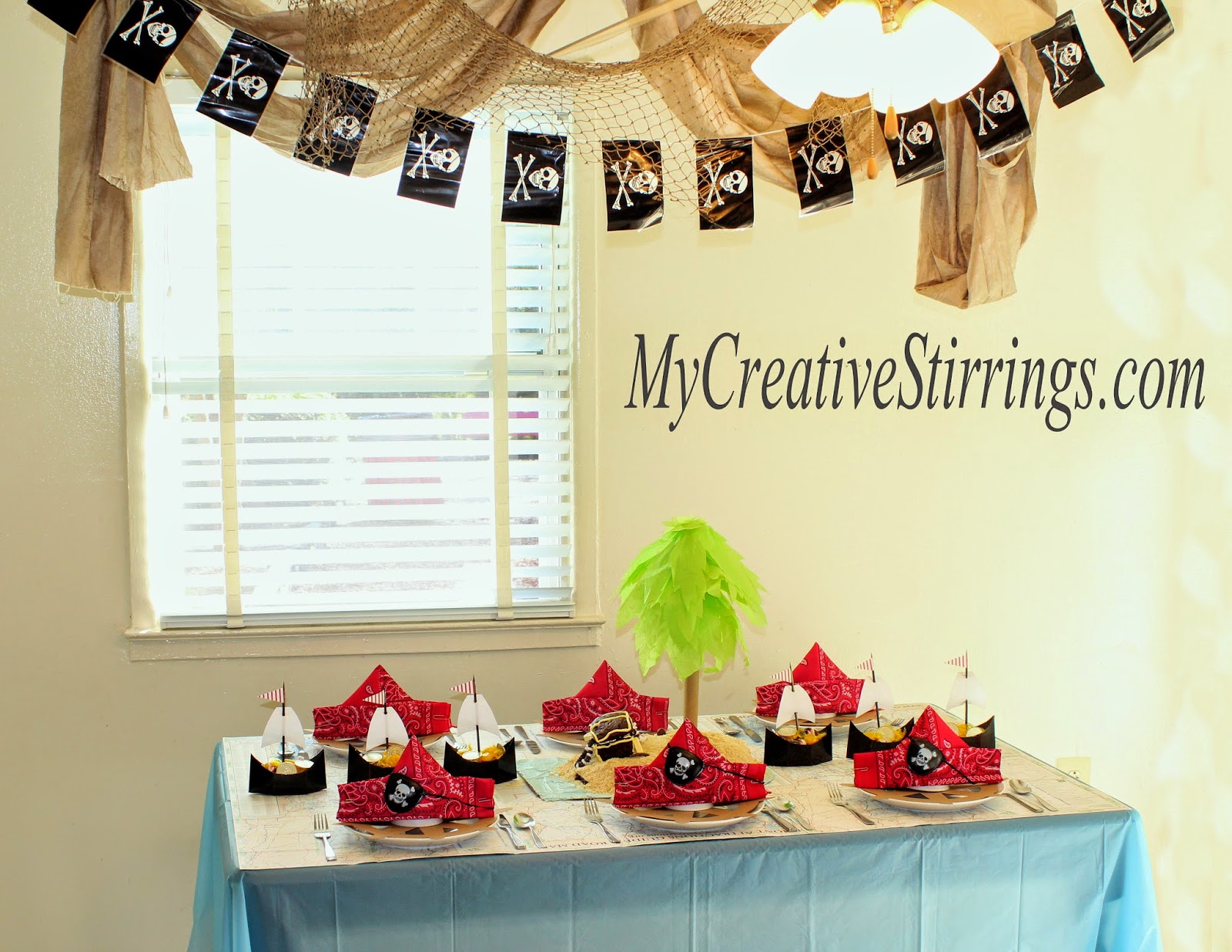 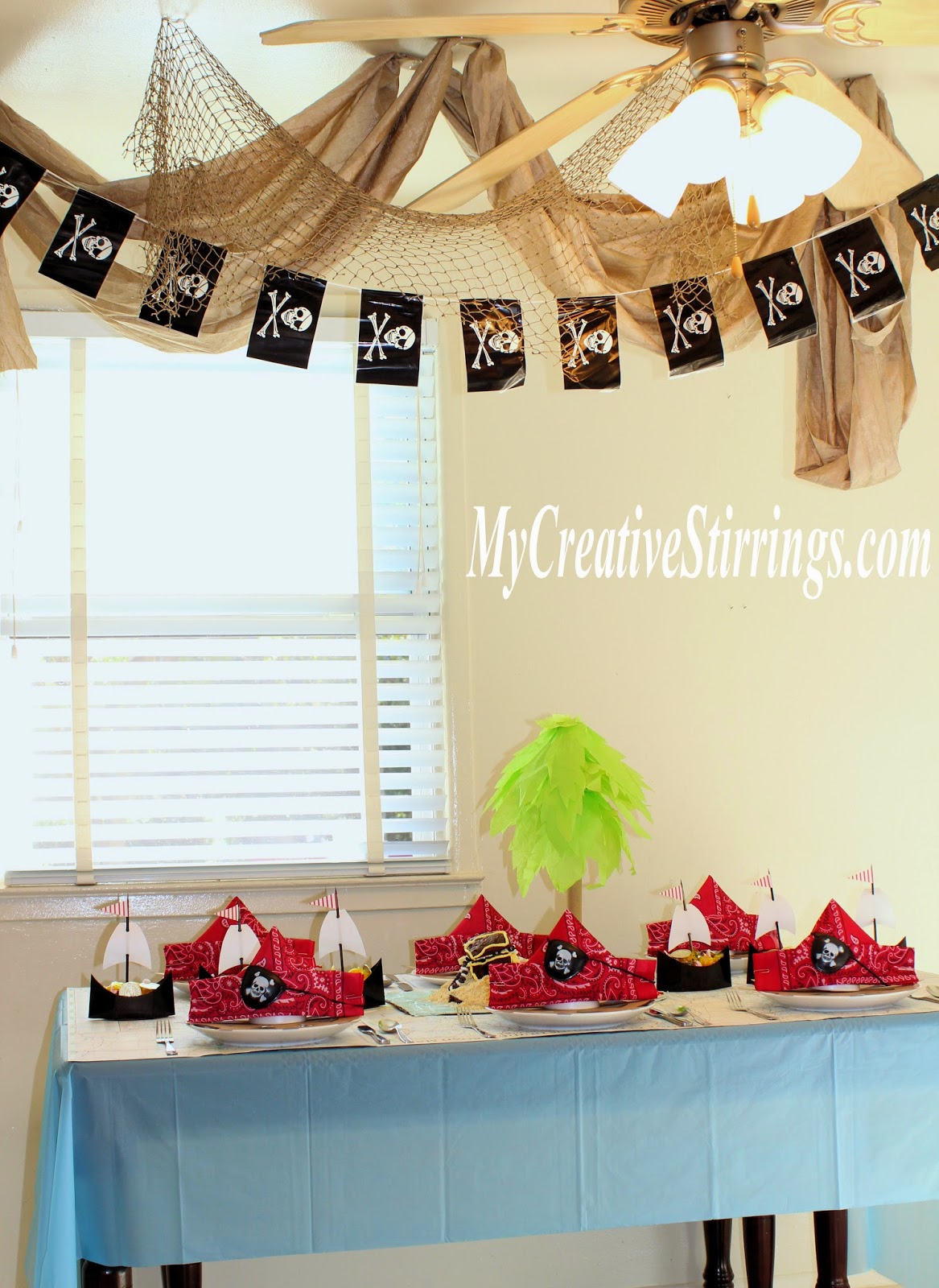 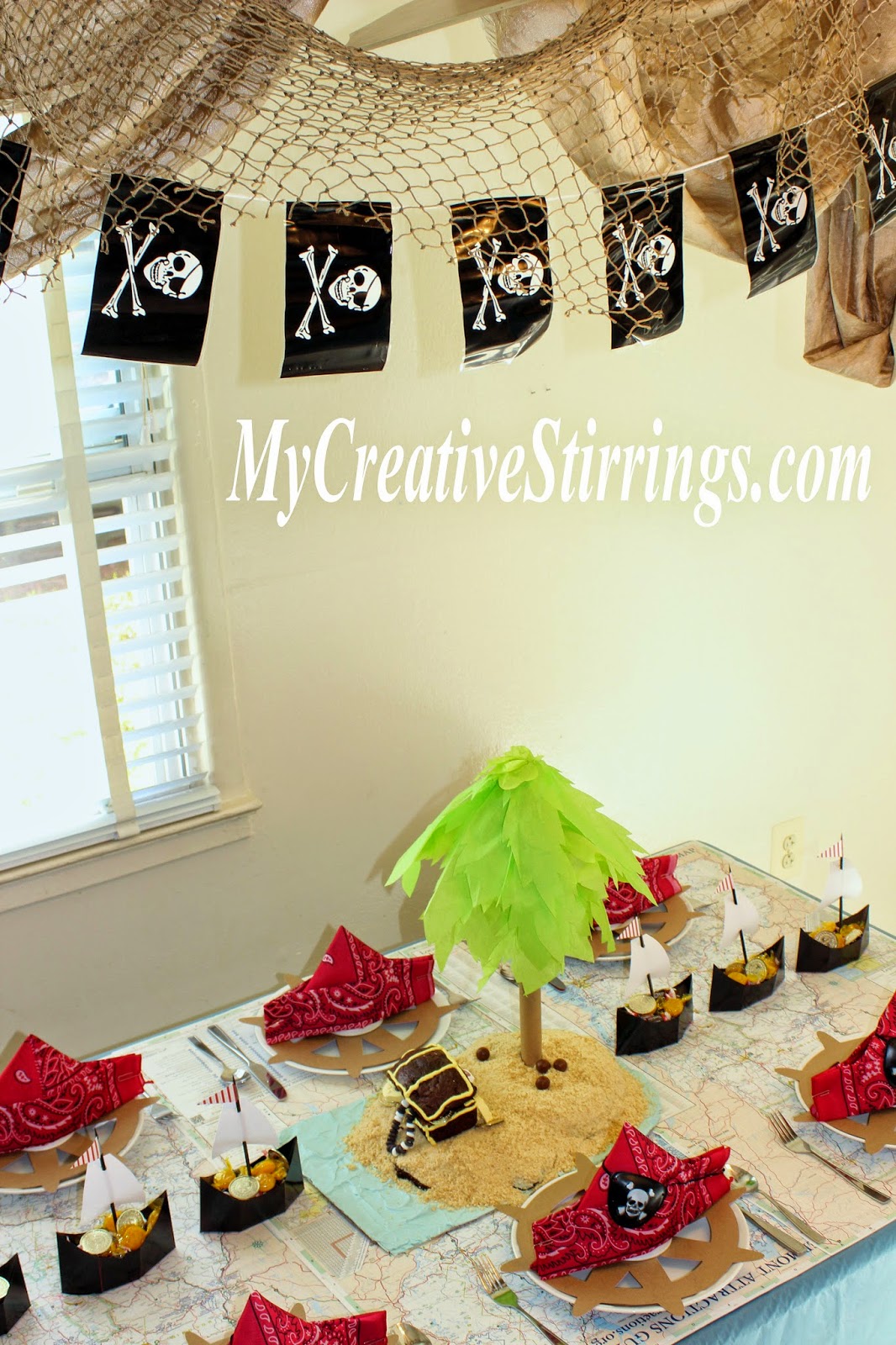 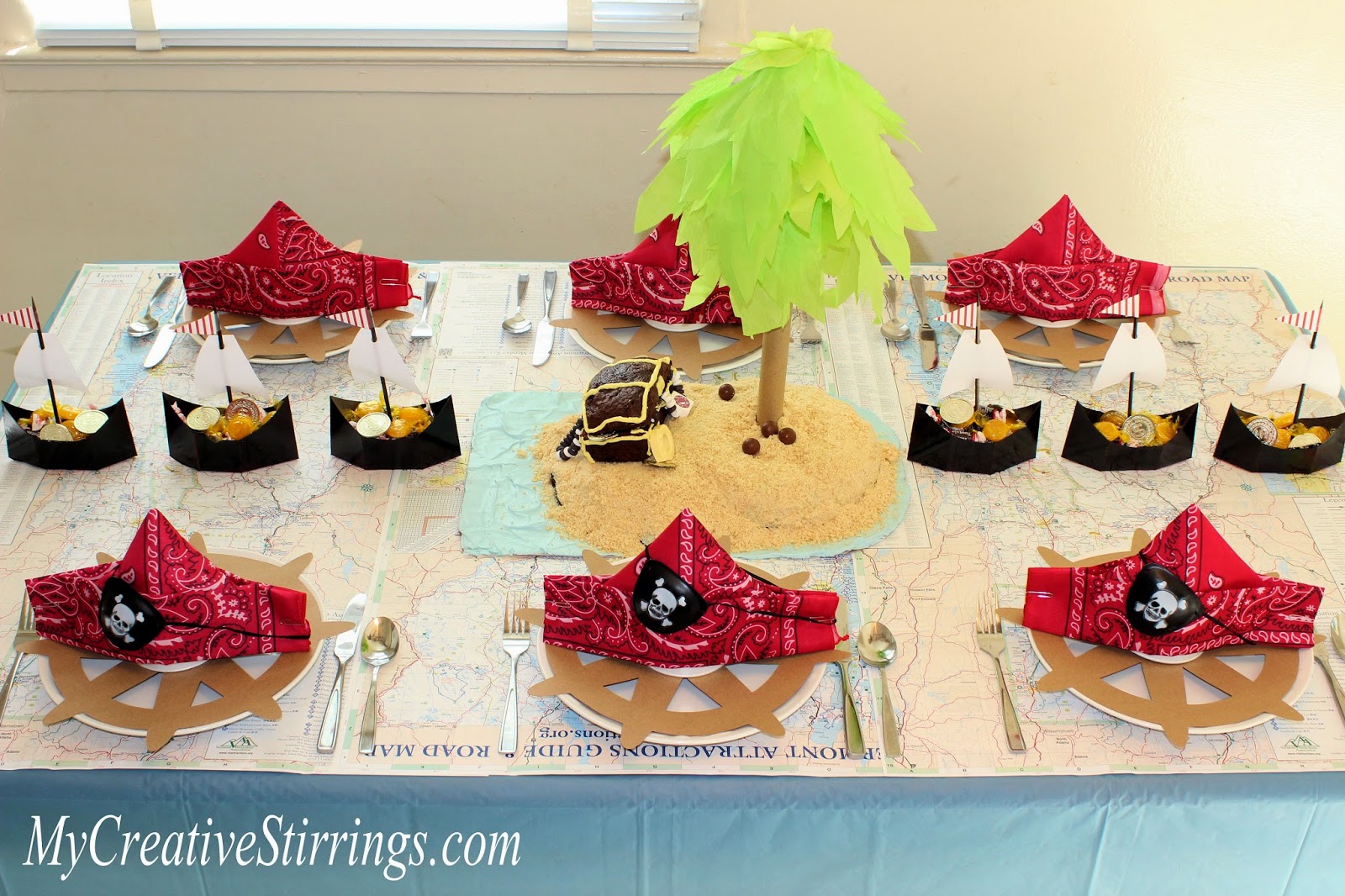 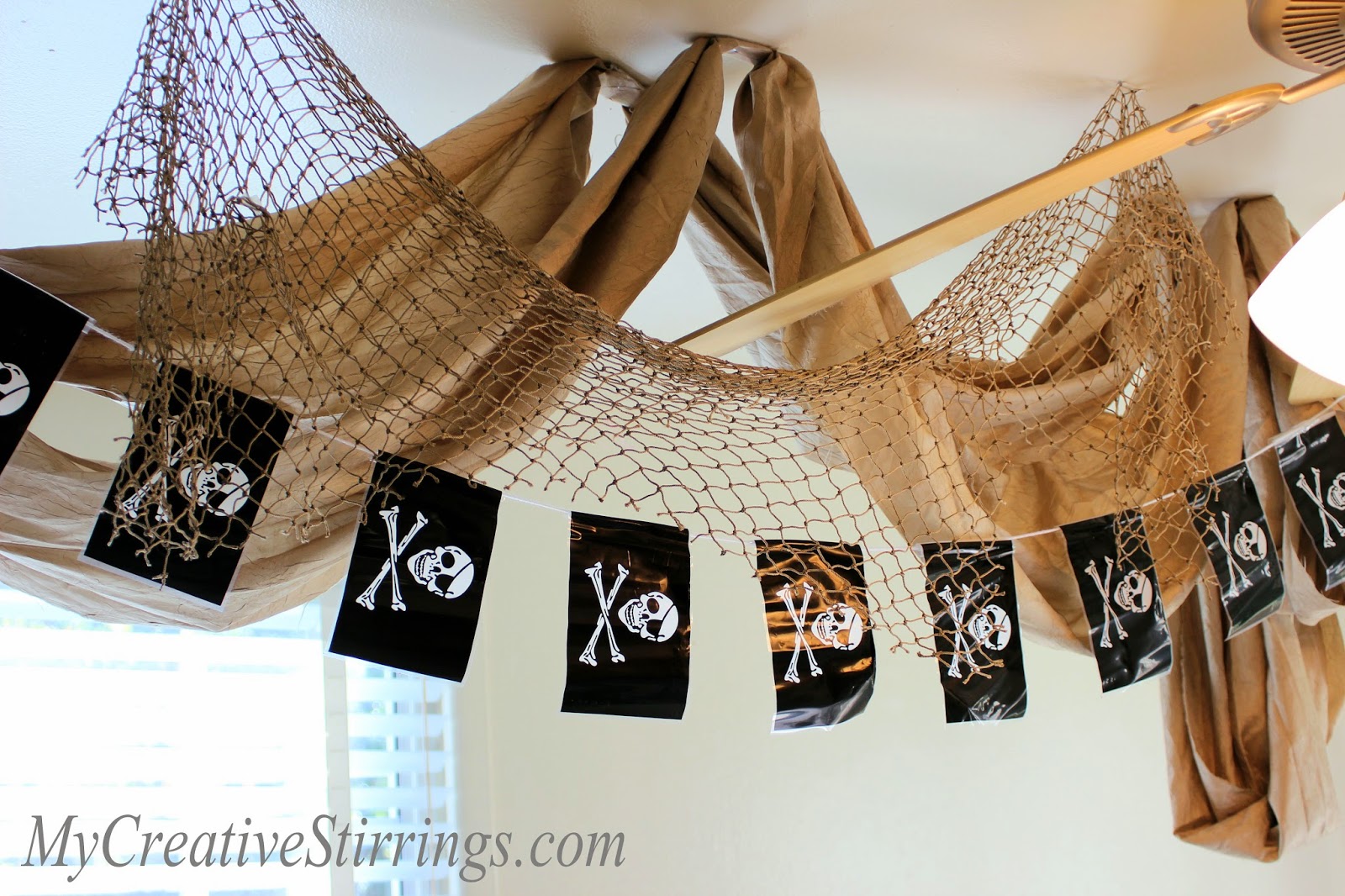 My pirate banner is created from disassembled pirate flags.  I took the sticks out of each flag and then taped each flag around a piece of white yarn. 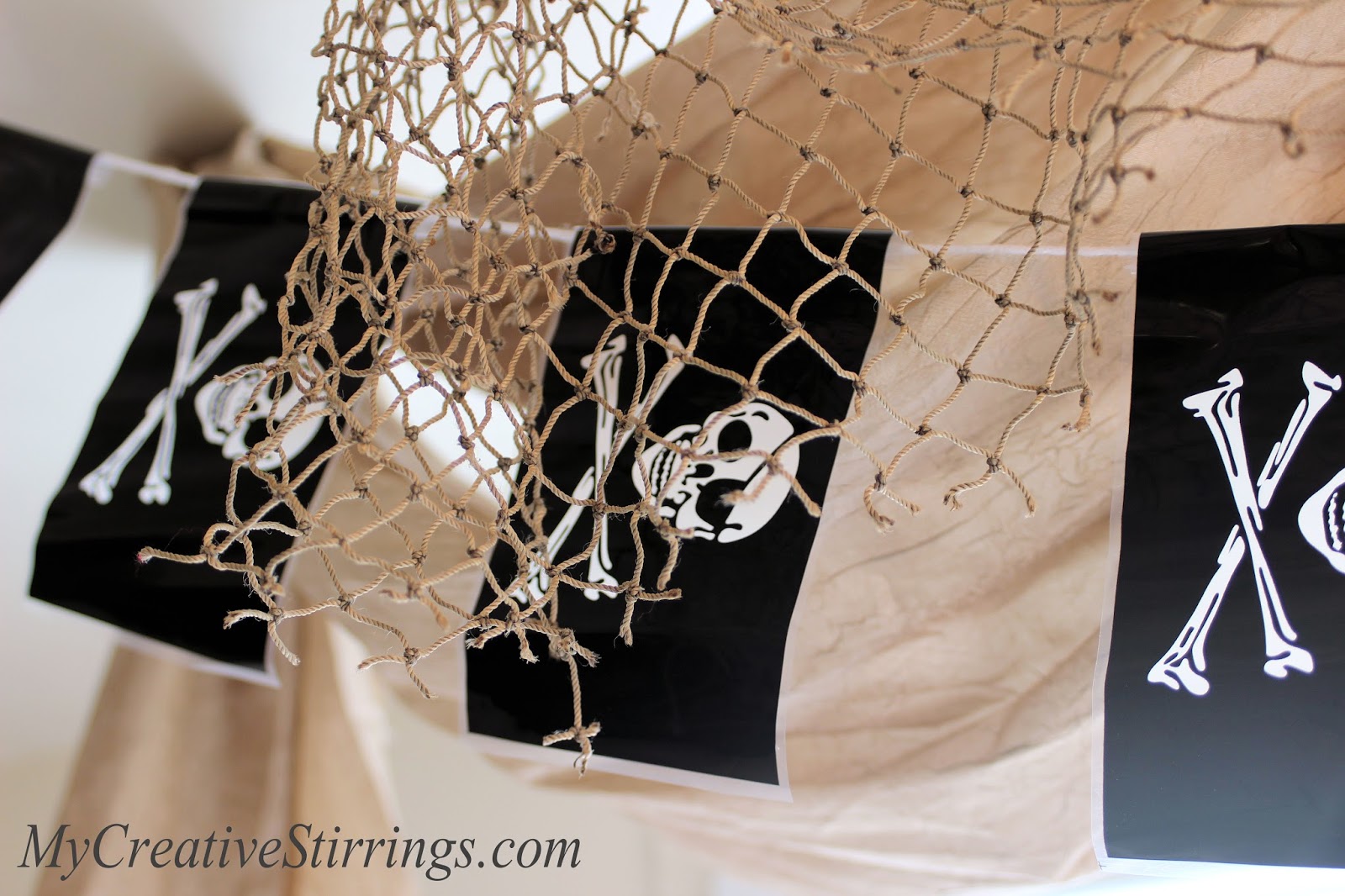 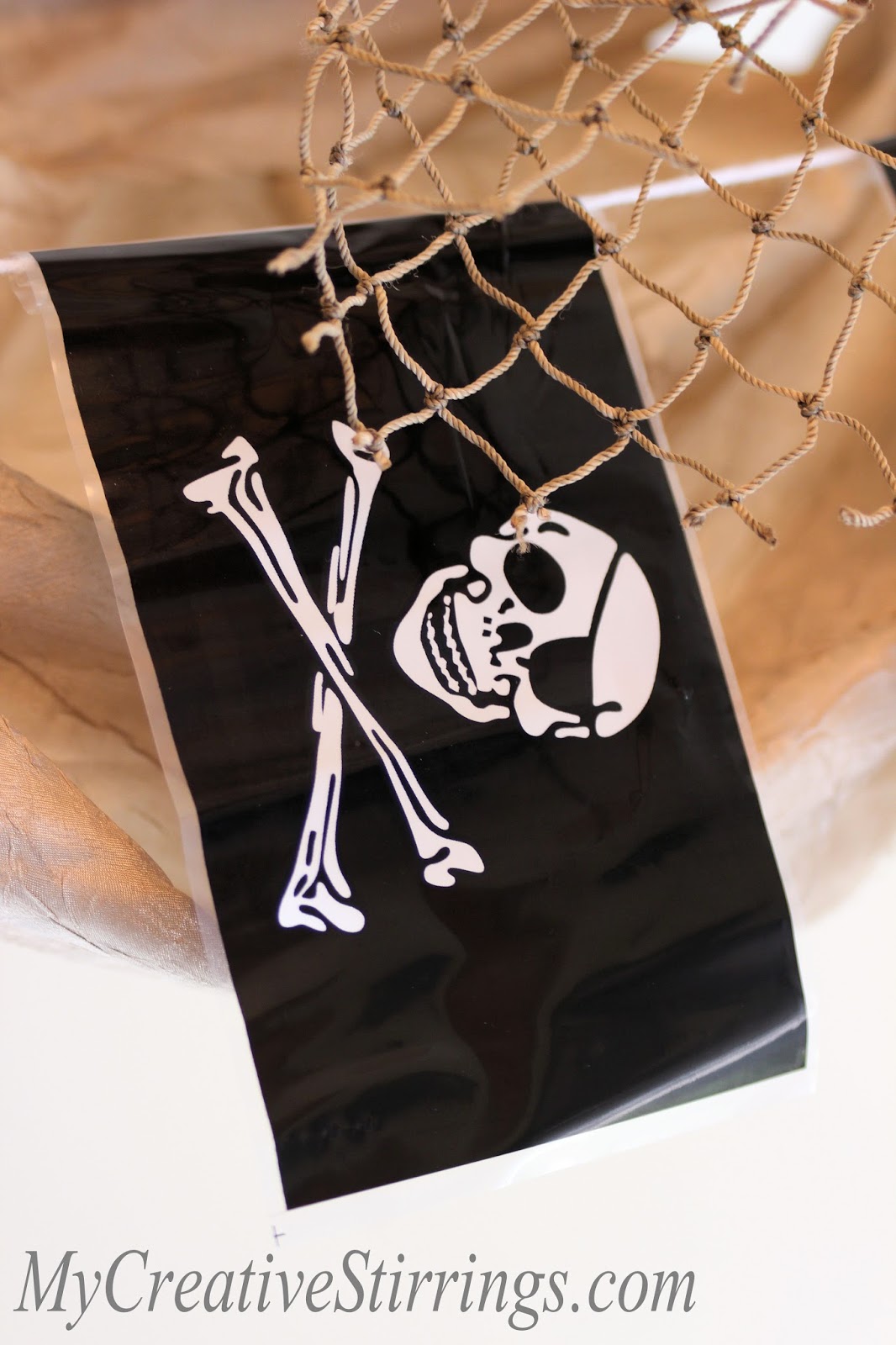 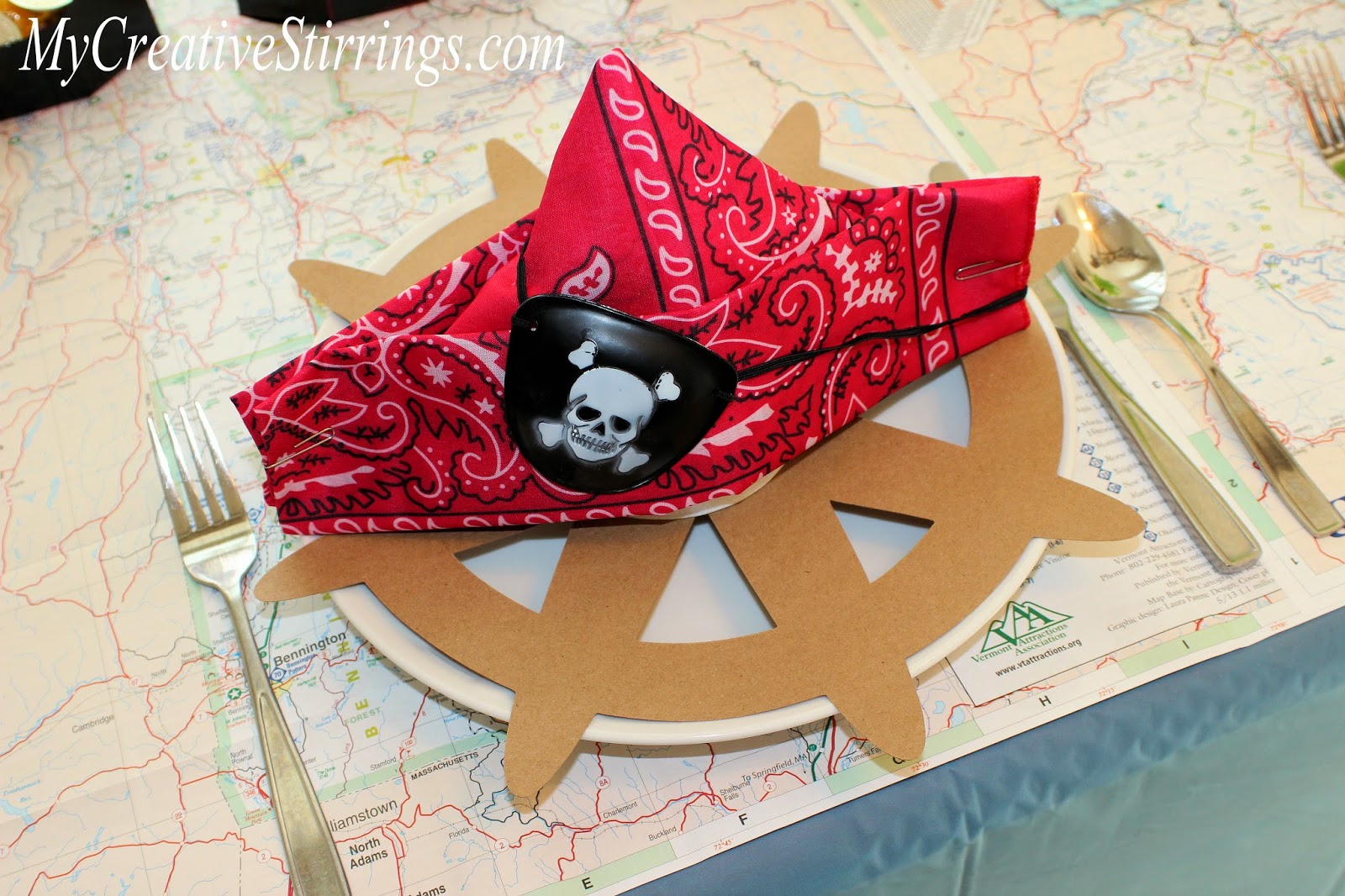 The place settings were simple and quick.  I folded red bandanas into hats and adorned with pirate eye patches.  A simple hat folding tutorial can be found at alteredartifacts.net.  I secured each hat edge with a paper clip. 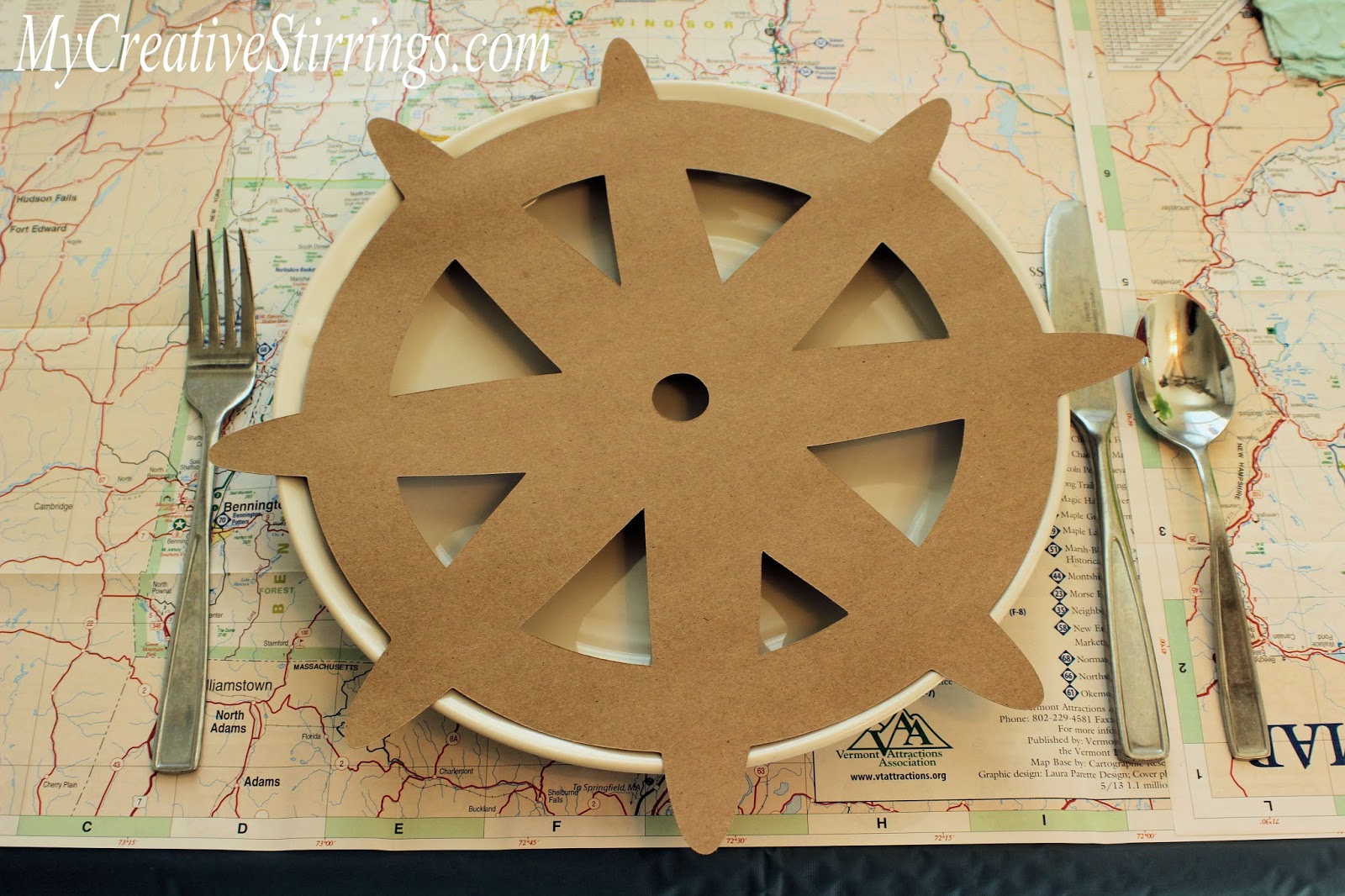 This lovely card-stock creation was done by my husband on our cricket machine.  He felt he needed a break from law school studies and boy was I grateful! 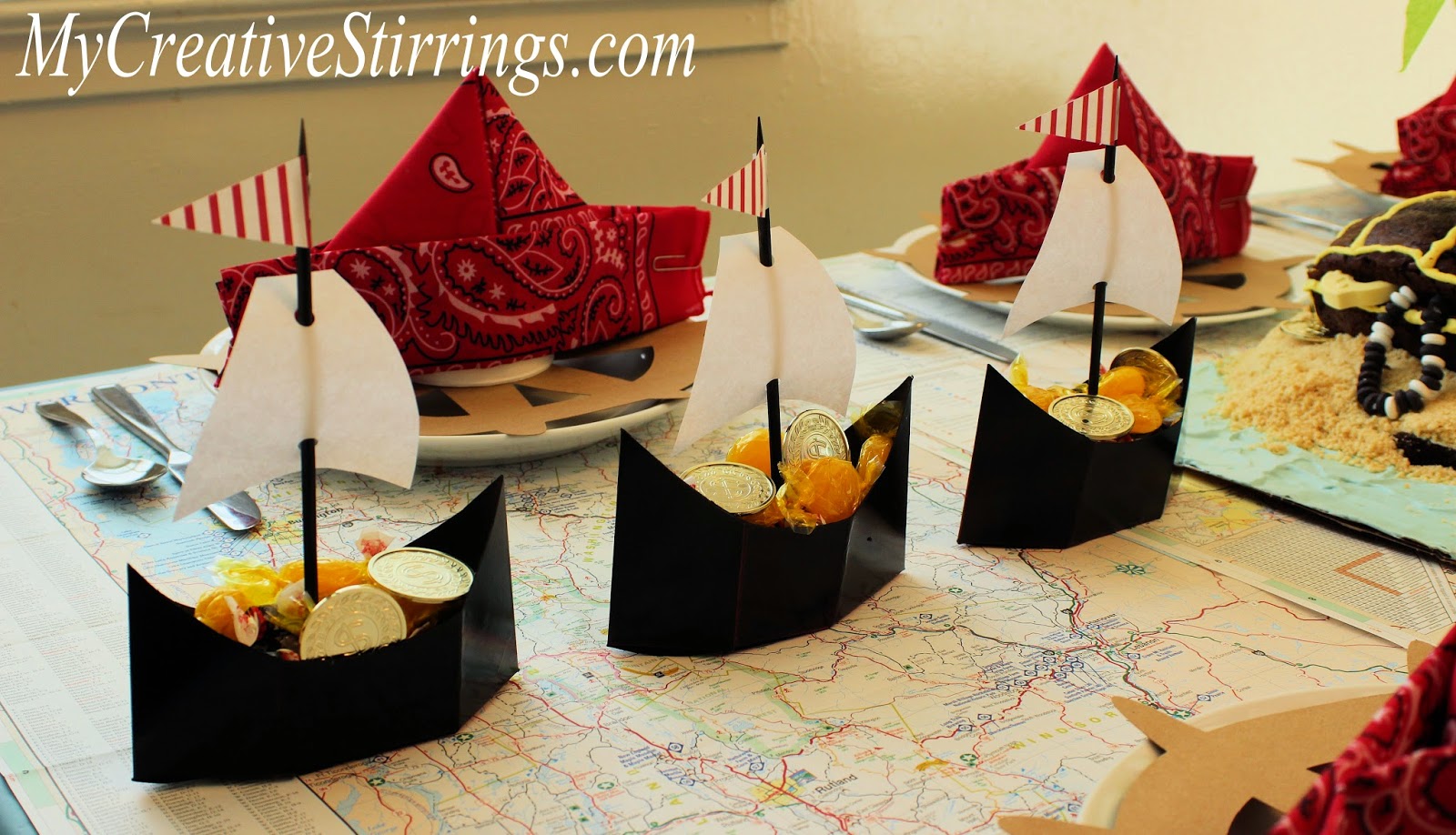 My candy filled boats were made out of medium sized raisin boxes :).  I will post a tutorial soon.  The boat sail is created with a spray painted kabob stick, a paper sail that I hole punched, and a homemade paper flag.  The sticks are inserted into the center of the loot to keep them upright. 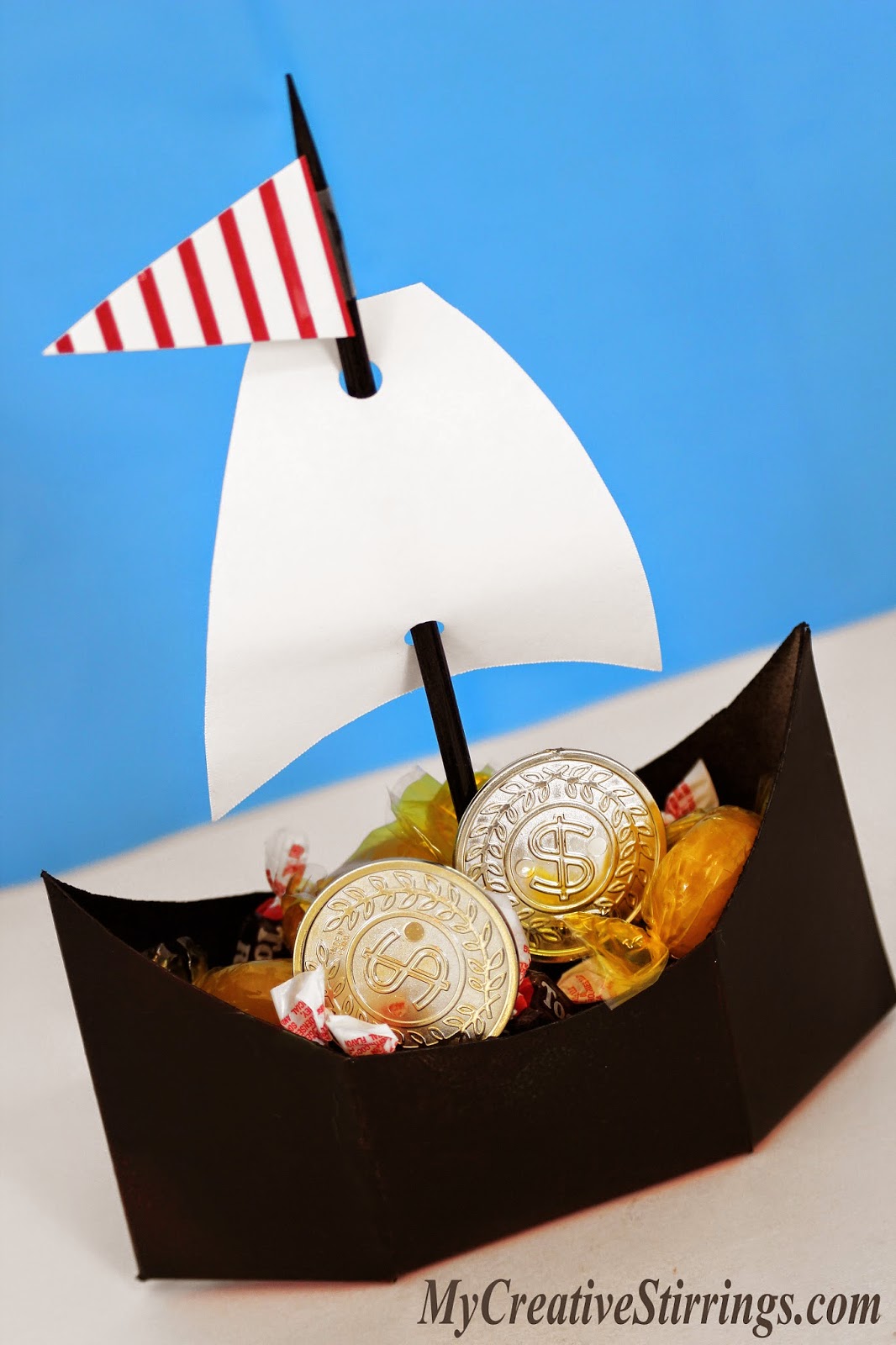 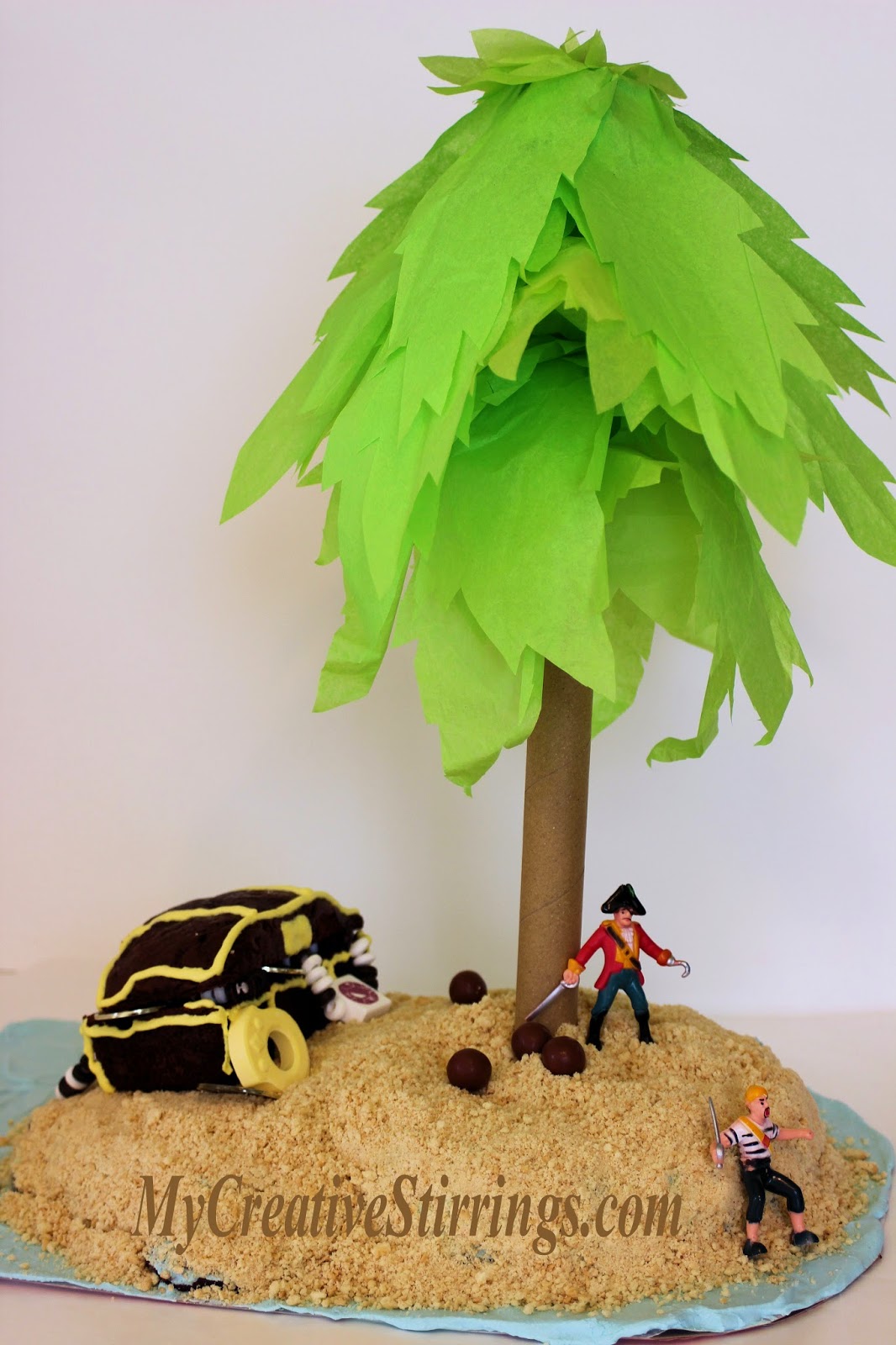 My cake was two circular bunt cakes flopped in and next to each other (as shown below), frosted, and then smothered with graham cracker crumbs.  The palm tree was made out of a wrapping paper cardboard roll, tissue paper, and tape. 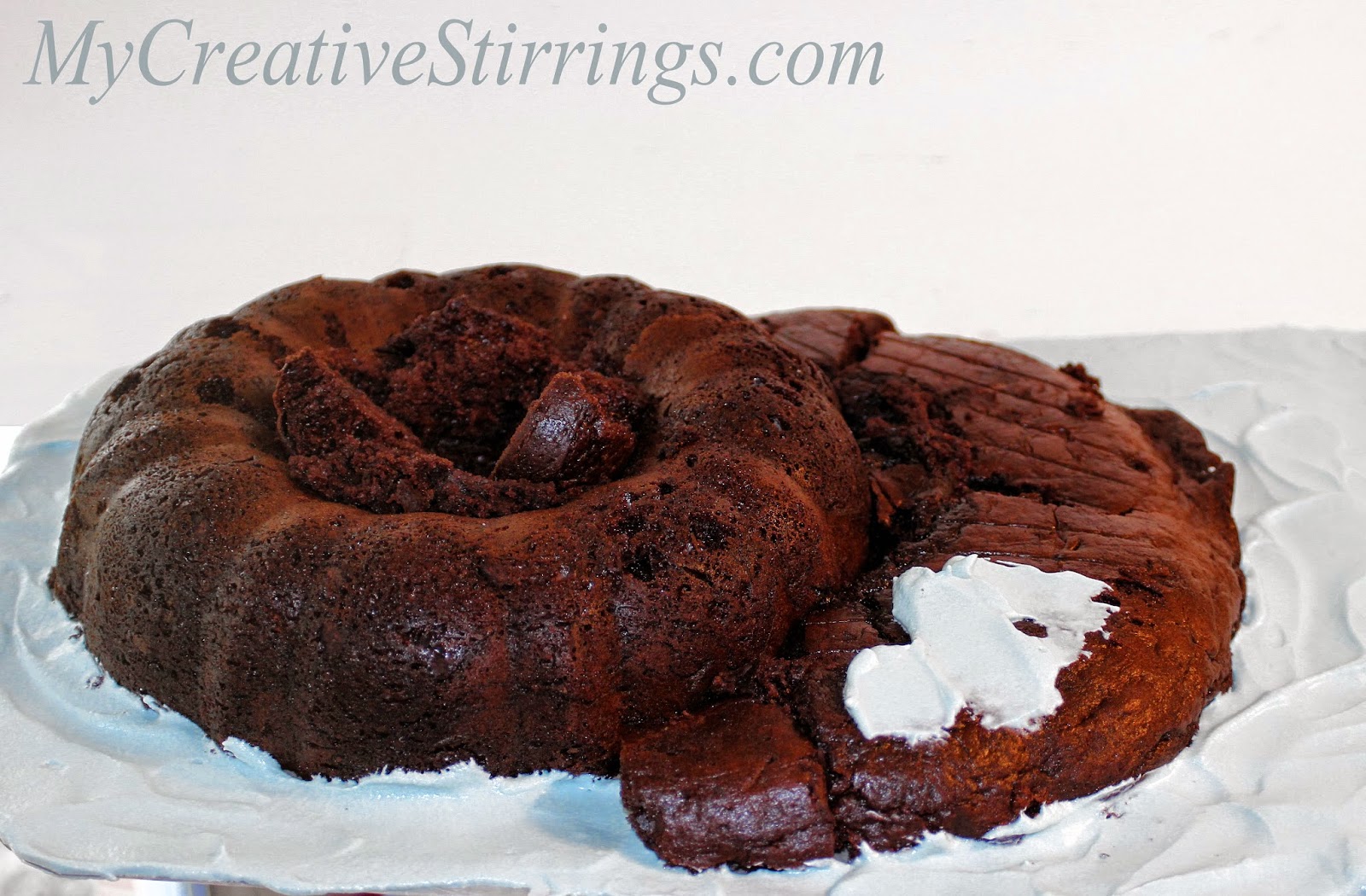 What a delicious disaster.  Anyone can do this...just make a mess and frost it :). 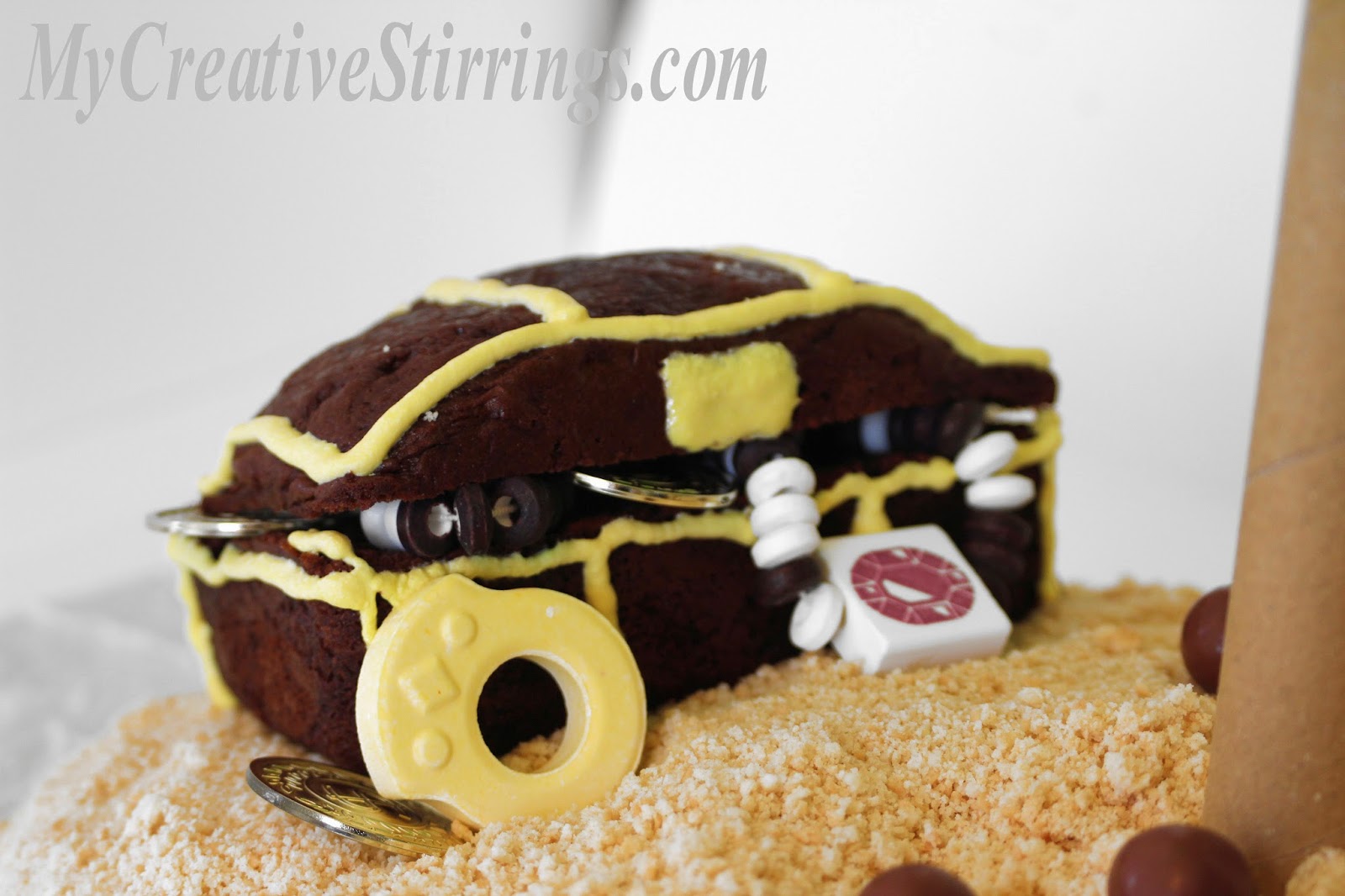 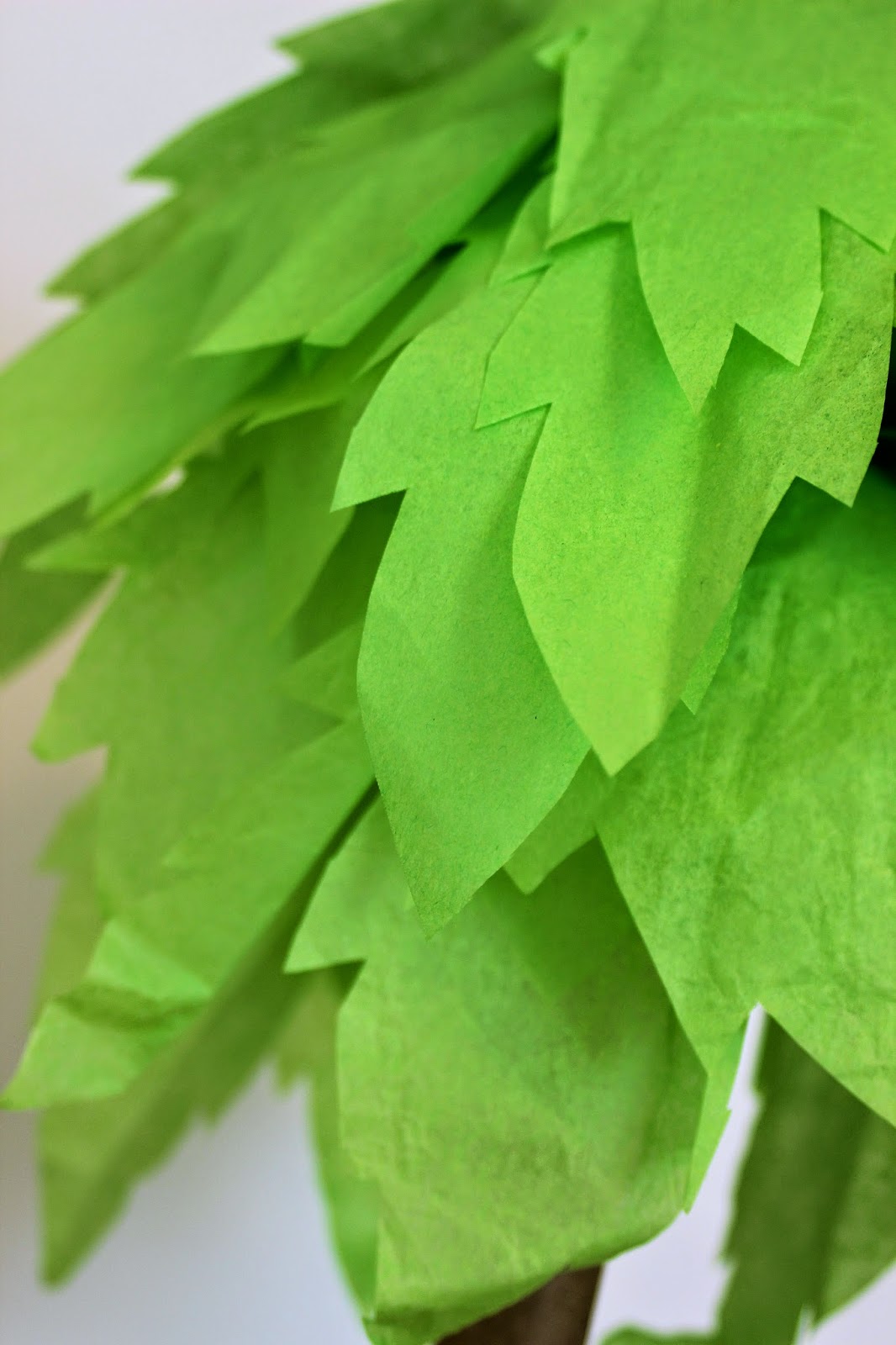 My palm tree was created using a wrapping paper tube, tissue paper, scissors, and tape.  I cut out tissue paper leaves and then taped them on varying parts of the top of my tube.  Then, puffed the leaves out and trimmed the awkwardness. 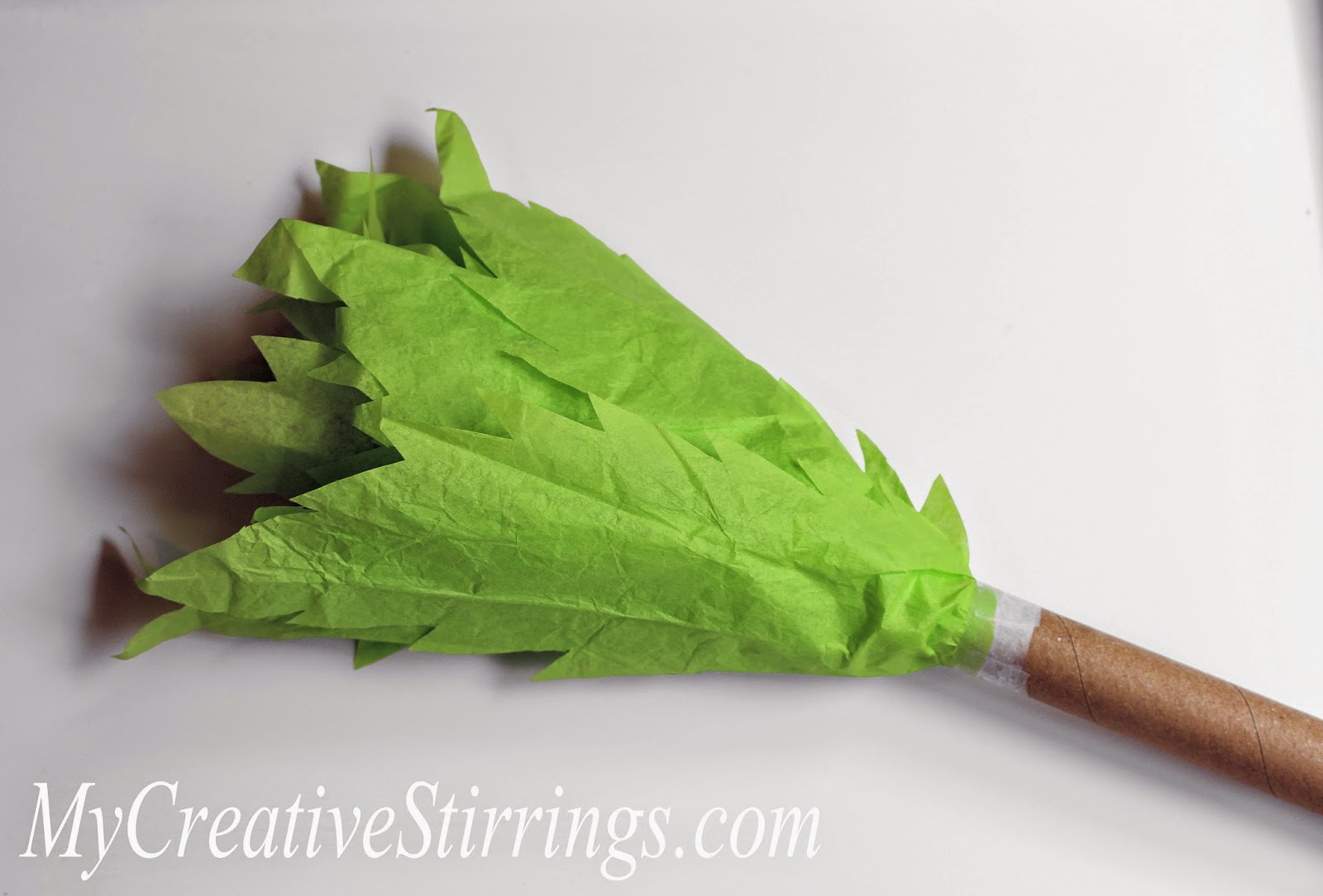 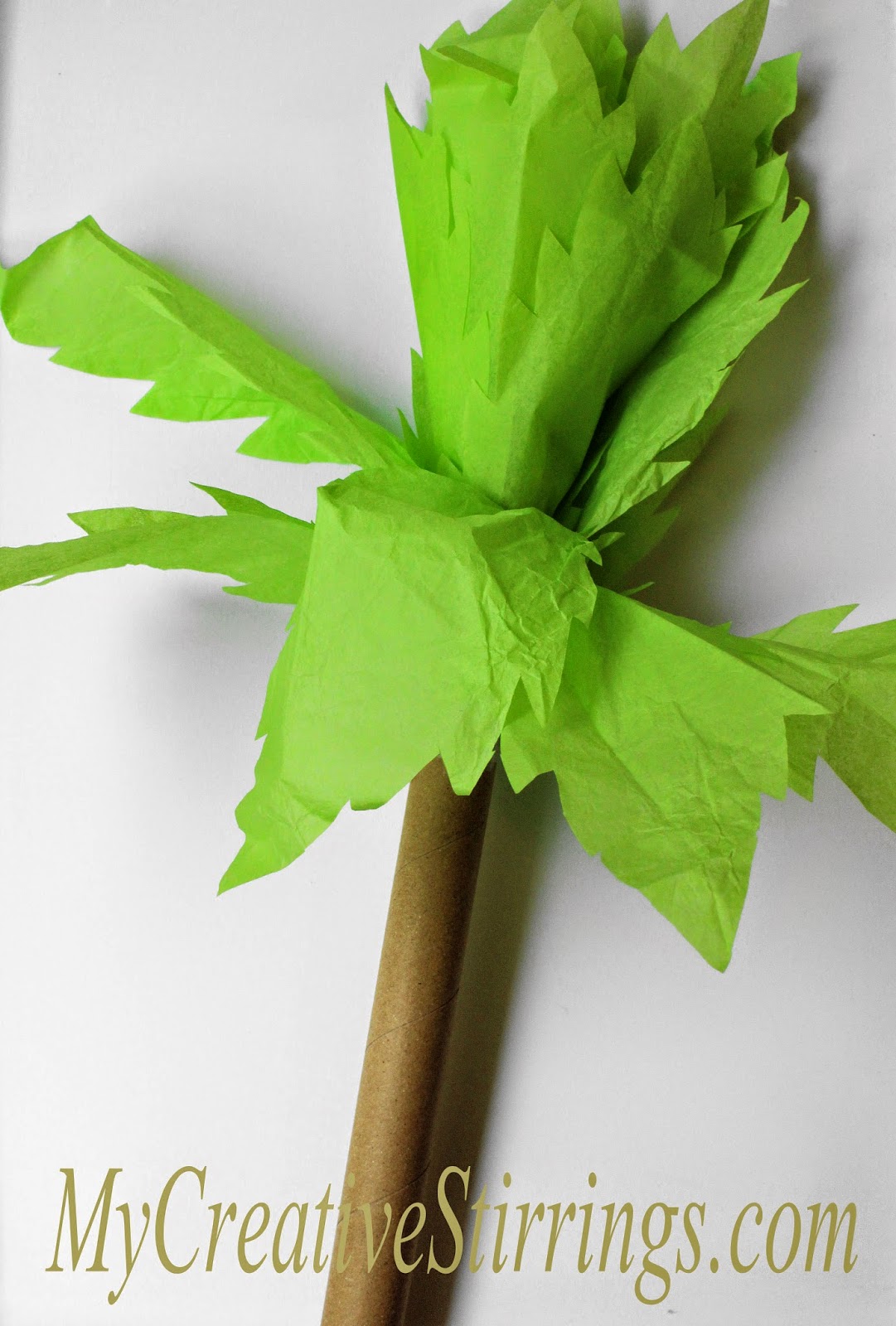 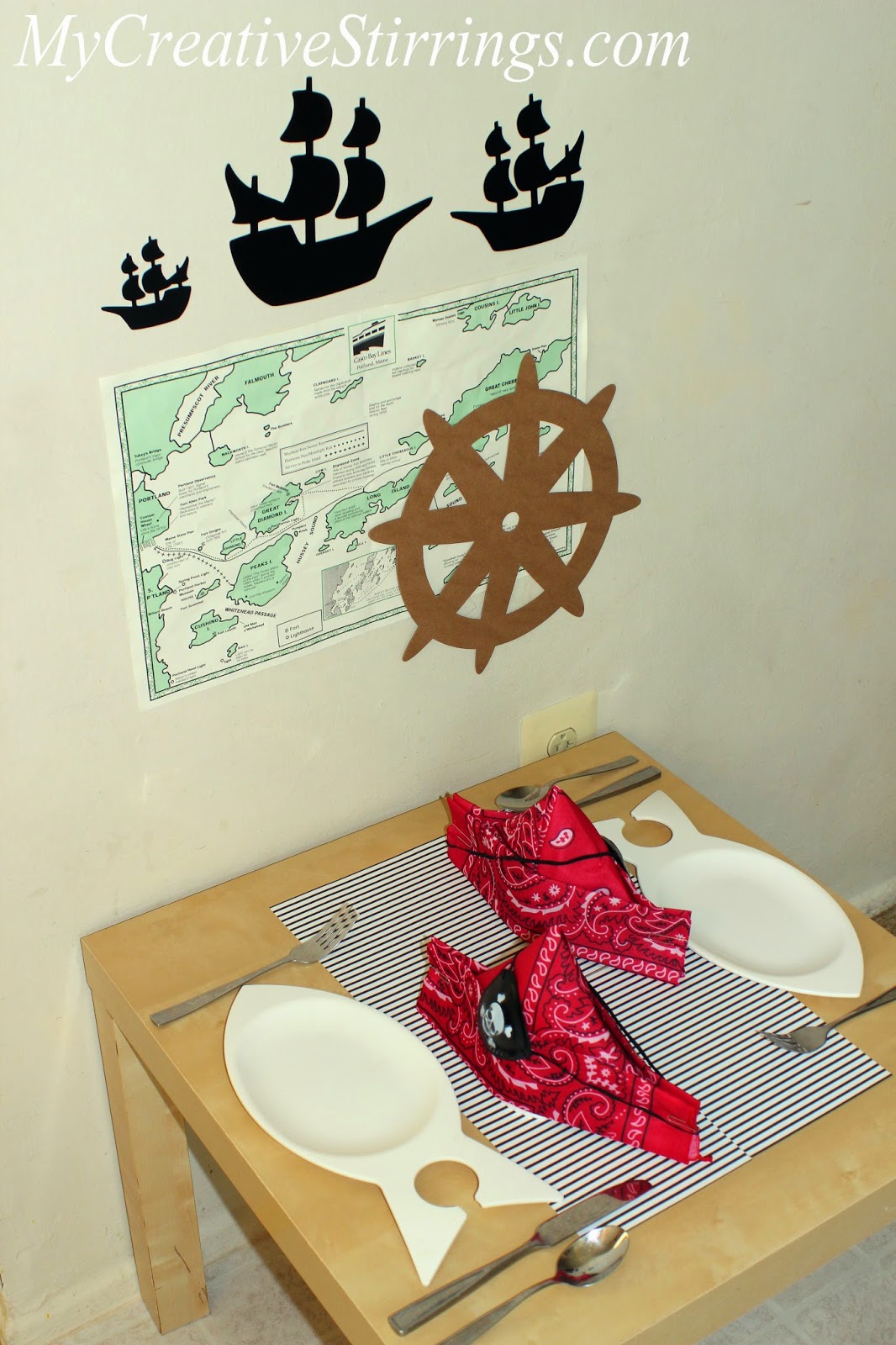 My table is never large enough for our group size so here was an extra kid table I decorated last minute.  It is a fun way to use the components you aren't able to incorporate into the larger table. 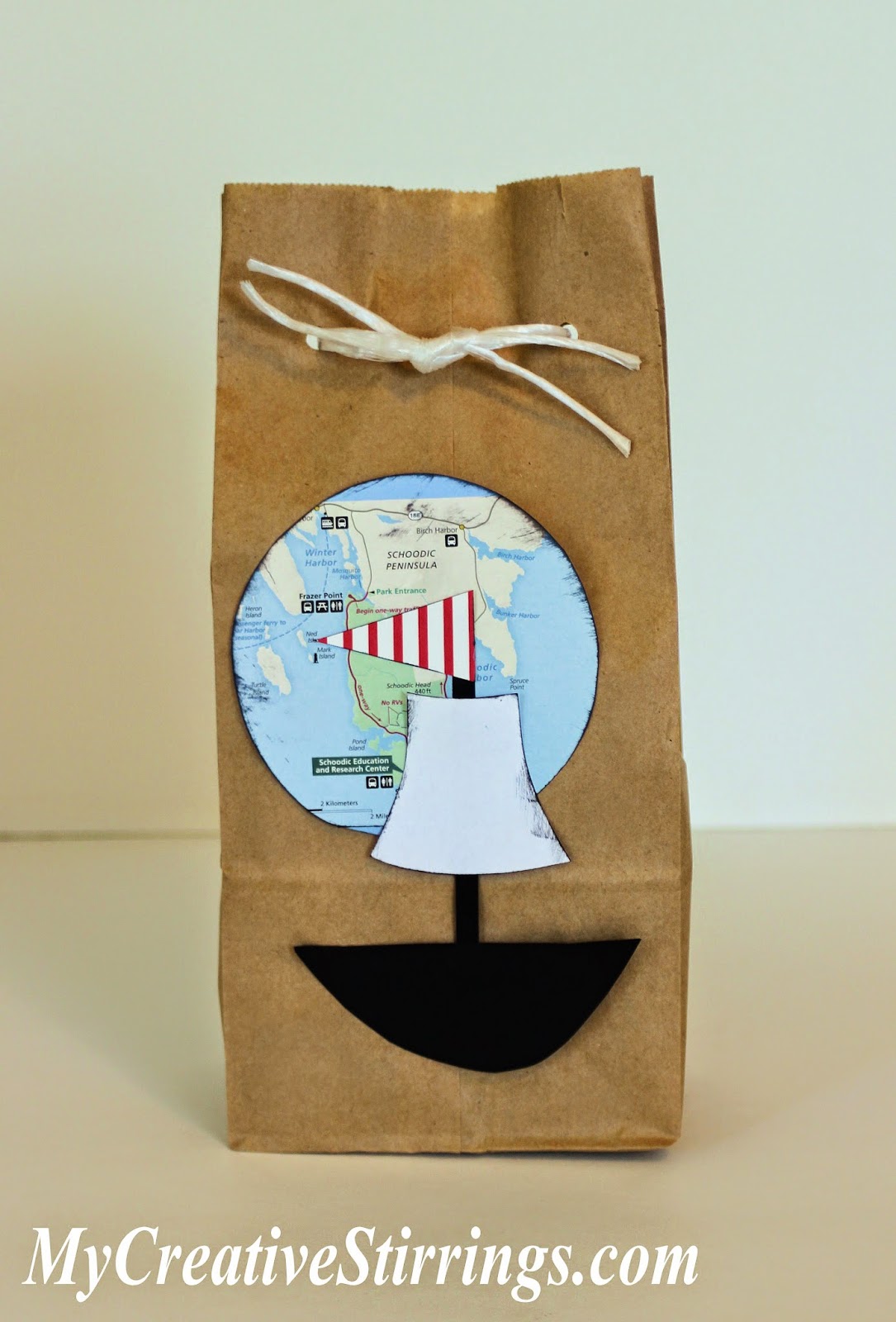 My bag is paper pieced.  I cut out paper boat/earth pieces and inked around the edges. 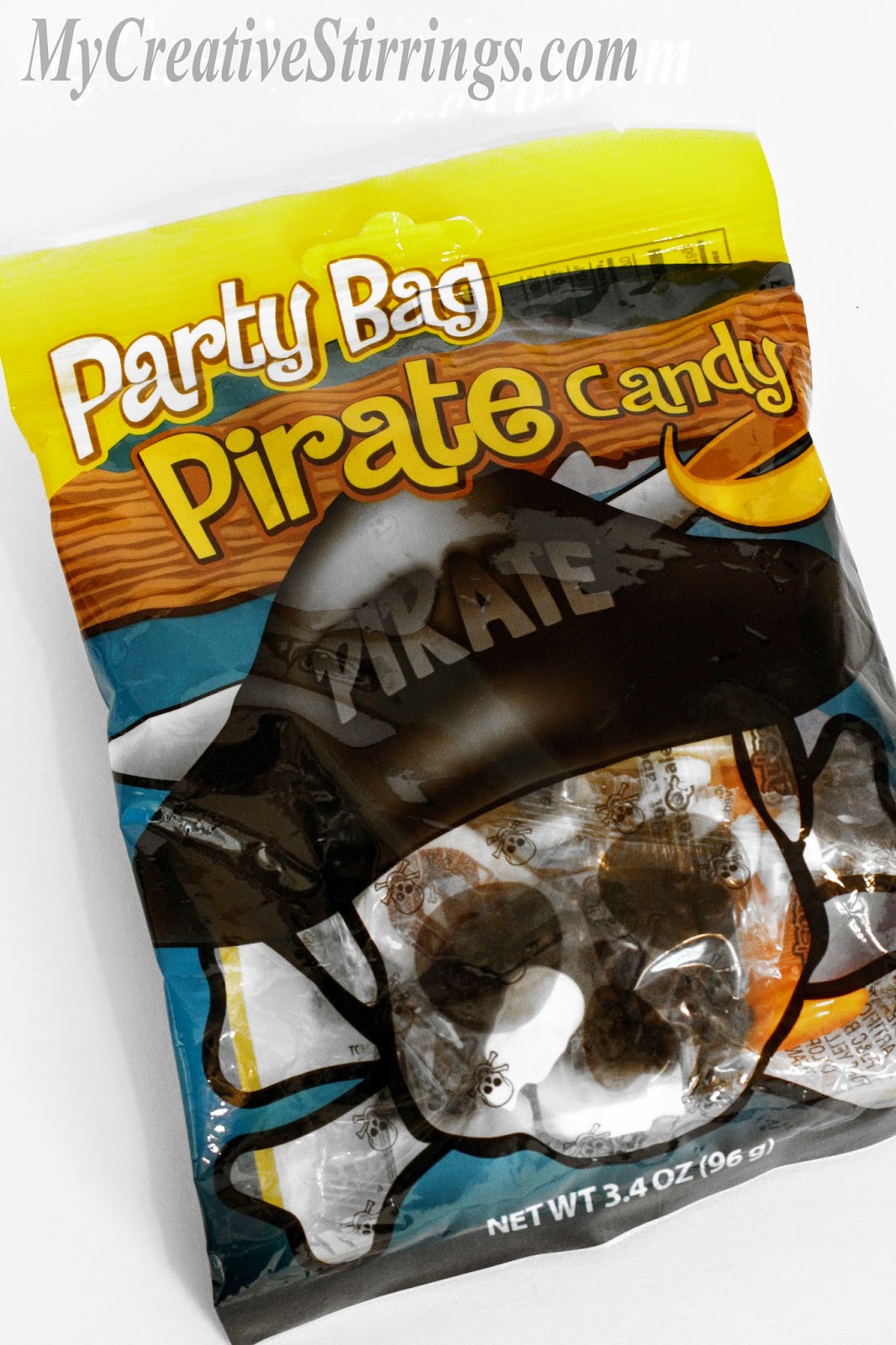 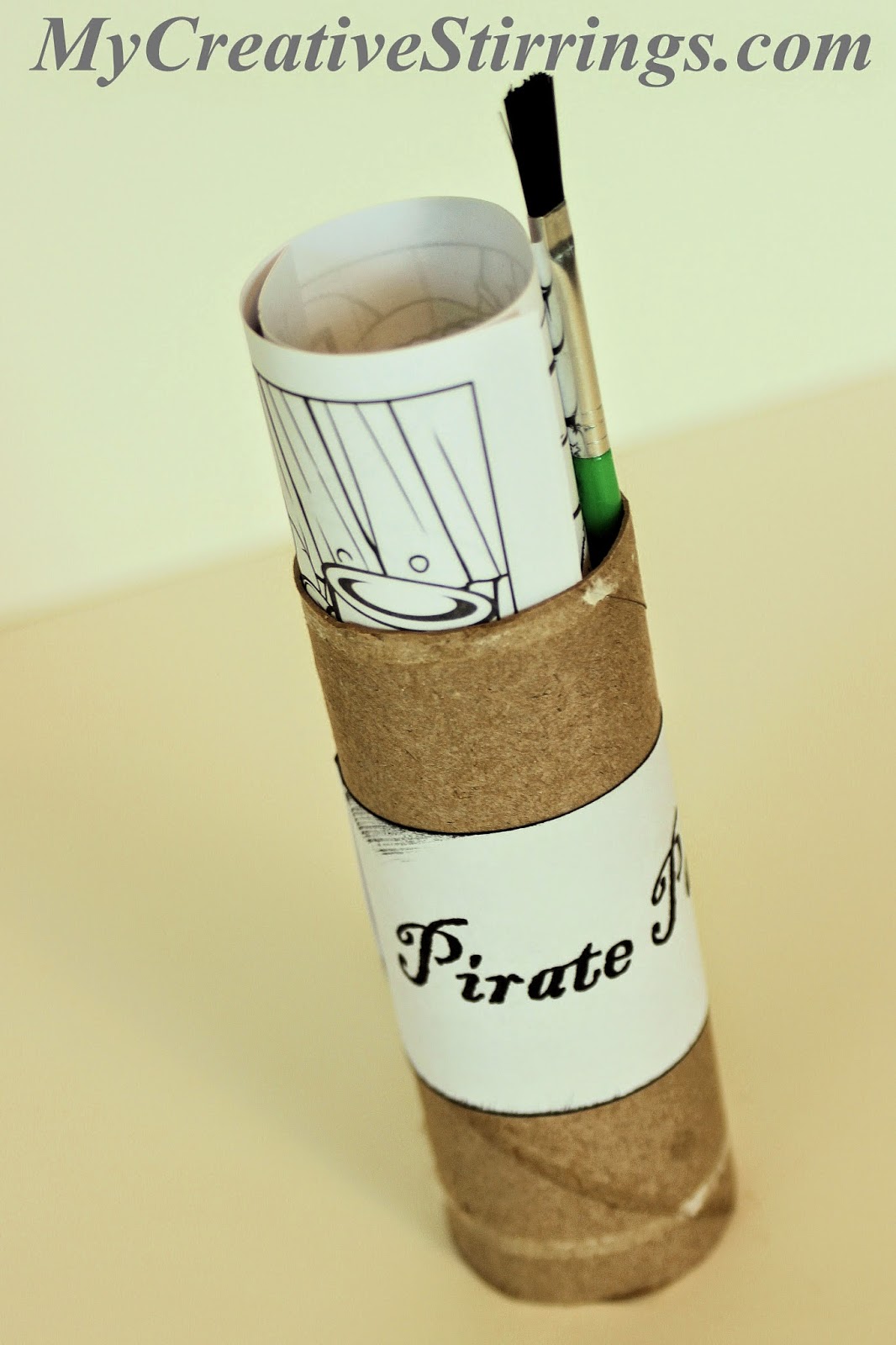 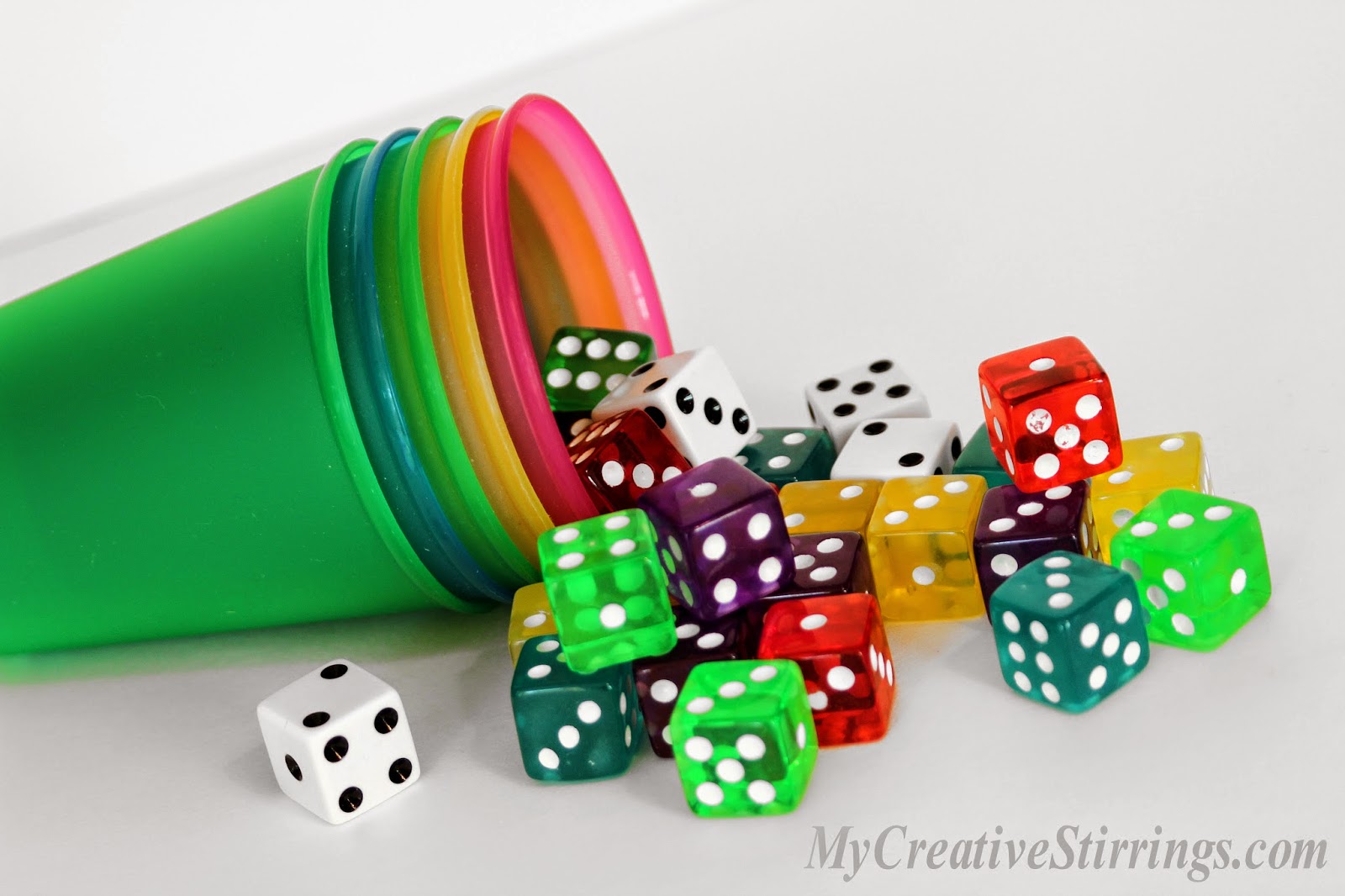 The dice game from Pirates of The Caribbean (Liar's Dice).  You can buy sets of colorful dice at the Dollar Tree as well as the cups.  Instructions for the game can be found on-line. 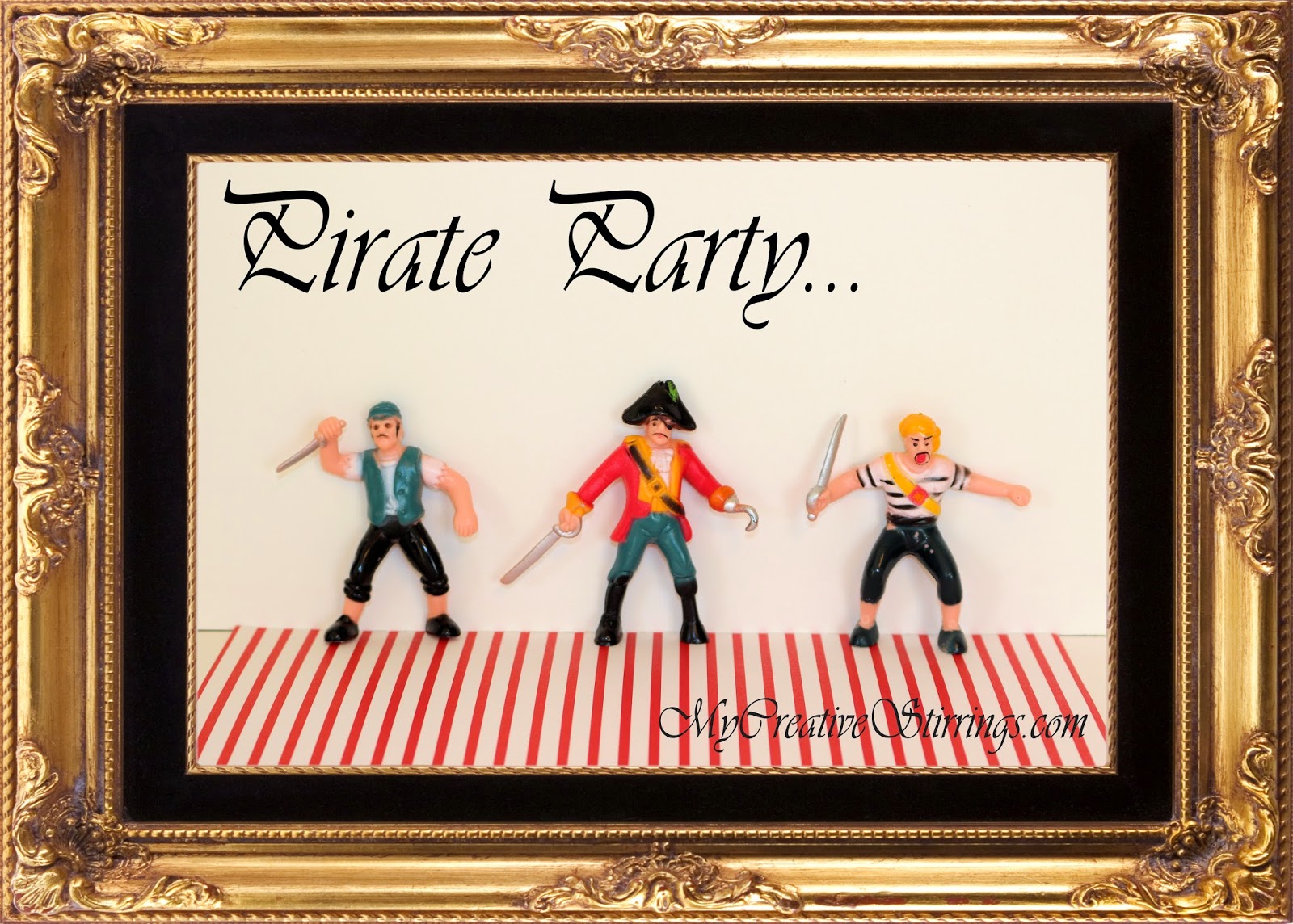 Arrr Matey!
Thanks for stopping by.  Watch out for
them pirates...they'll getcha!