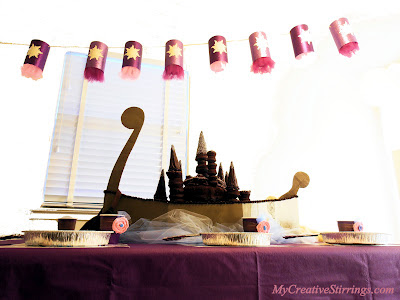 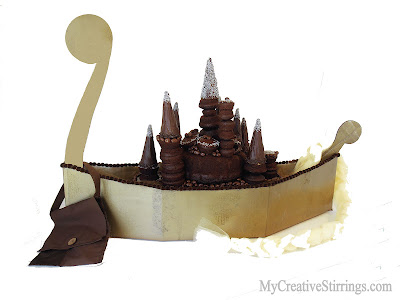 I decided to create a cake that featured Rapunzel's kingdom at night, the boat that Flynn and her rode in, Flynn's satchel, and her long braid (trailing out the back). 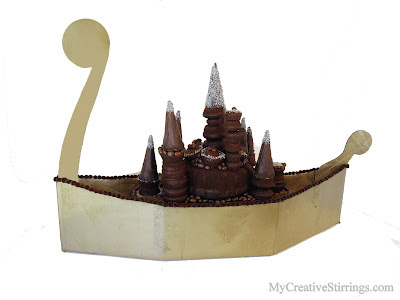 The boat is constructed out of a medium sized card board box (one side ~36" long).  The finished boat is 32" long and 9" wide.  Instructions: Take a flattened box (~ 36" long on one side) and open it ~9" in middle.  Then, make an additional bend so that the sides of the boat have two bends.  Next, close the bottom flaps and trim off pieces that poke out from the boat base.  Then, secure the bottom (not the sides) and the inside base with packaging tape.  Cut the stern and bow out of a separate piece of cardboard and tape inside the boat.  To complete, spray paint the boat with gold spray paint and adhered (hot glue) small brown pom poms around the perimeter. 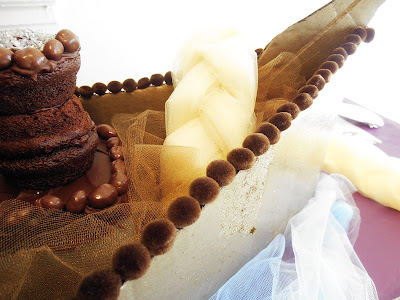 I stuffed the inside of the boat with gold tulle.  I also tucked two shades of blue tulle around the base of the boat to mimic water. 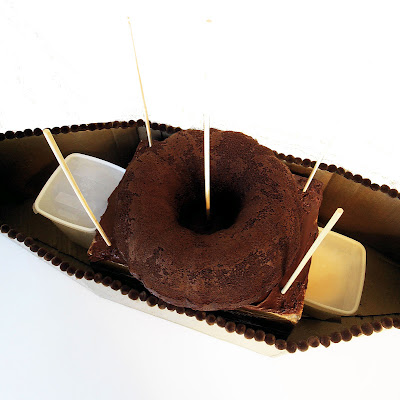 My cake was placed on a piece of cardboard I spray painted, covered in saran wrap, and then frosted.  I also placed Tupperware in my boat to elongate my display.  The Tupperware were also frosted.  After all items were frosted I inserted multiple bamboo sticks through the cardboard all the way to the base of the boat for added security. 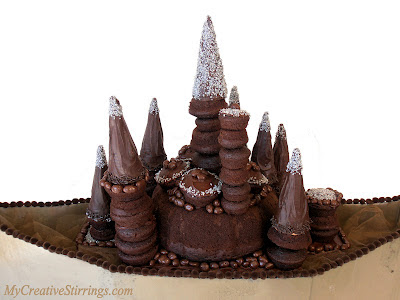 My cake was created using two cake mixes.  One was turned into a chocolate bundt cake and the other into regular and mini cup cakes.  I then stacked them on top of each other frosting only some.  I used chocolate covered candies, chocolate covered sugar cones, and silver sprinkles to embellish the city. 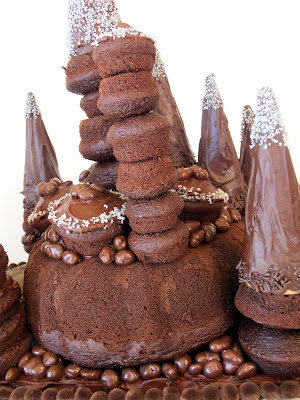 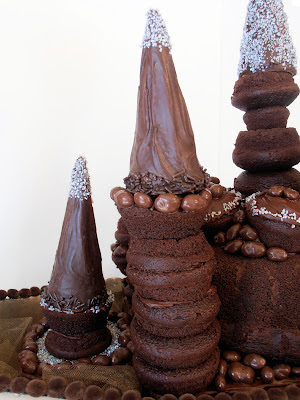 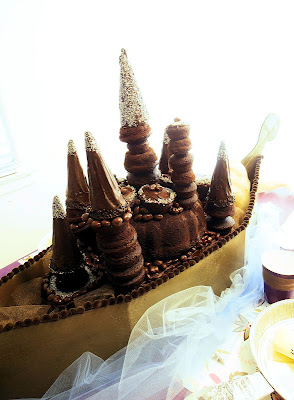 Wow! This is a fantastic cake! The party looks so fun :)

This really is fantastic, I agree! That cake is perfection.