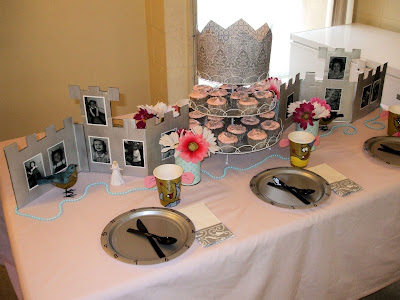 Here it is!  With exception of the cups the preparation was relatively fast in comparison to some of my previous parties :).  I used a pink bed sheet as the tablecloth.  I could not find a pink cloth tablecloth for sale and so decided to stick with bed sheets a few years back.  Bed sheets are usually cheaper than tablecloths!  My colors for this party were predominately pink, silver, blue, and black. 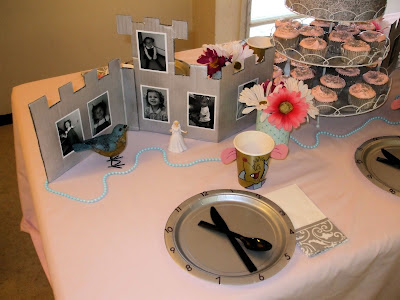 An up close look at the left side of the table. 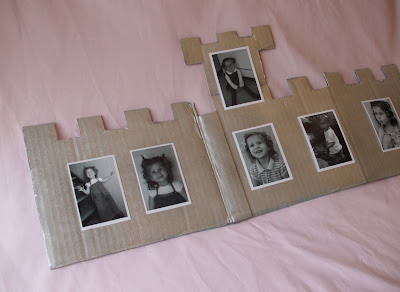 To make the castle decorations I cut card board boxes into castles, then spray painted them silver.  I printed off black and white photos of the birthday princess to resemble castle windows.  Finally, I bent the castle in two locations so that it would stand on its own. 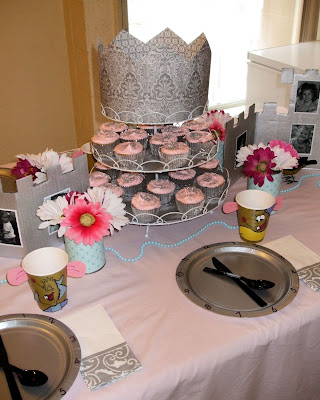 I made four flower bouquets for the table and placed two on each side of the cupcake dessert. 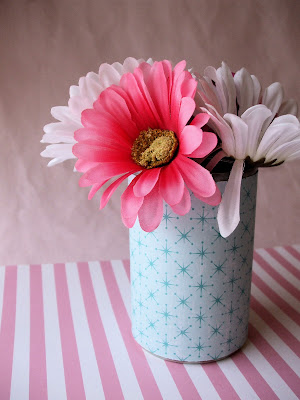 To make the flower bouquets I covered tin cans with scrapbooking paper and filled them with four flowers...2 pink and 2 white. 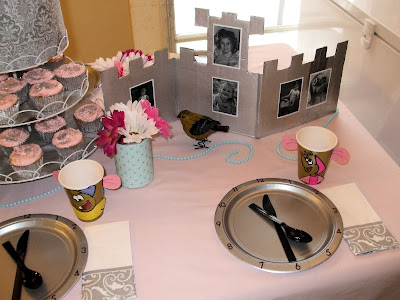 An up close look at the right side of the table. 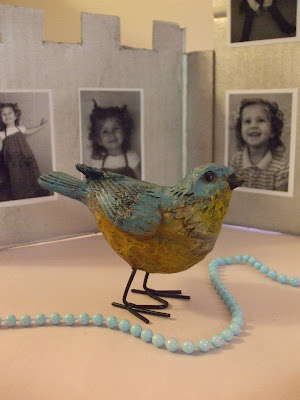 I embellished the table with birds from around my house. 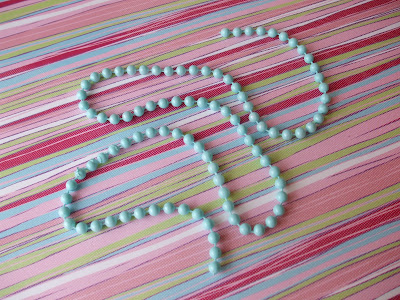 I purchased a white pearl necklace at a craft store and spray painted it blue!  I draped this around both sides of the table. 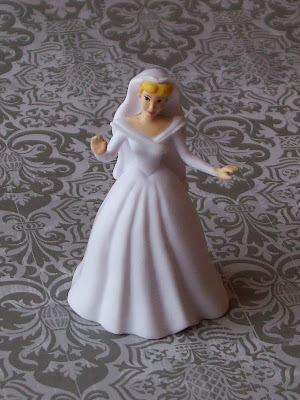 I decided I had to have Cinderella represented so I bought a figurine from the Dollar Store. 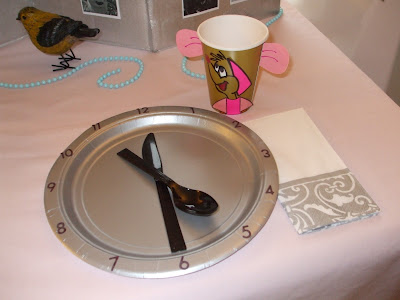 The place setting consisted of a clock plate, mouse cup, and decorative napkin. 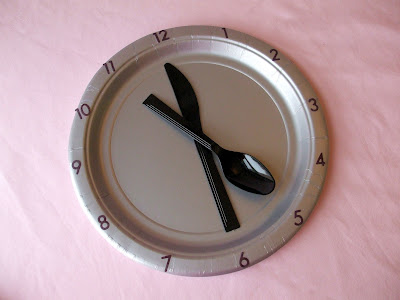 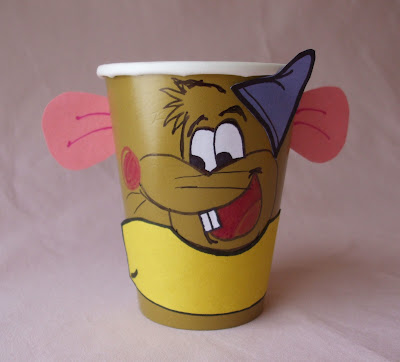 The cups were kindly drawn with permanent marker by My Other Half who has become a great helper lately when I need an artist!  I cut out paper ears, eyes, teeth, and clothes and glued them on.  What fabulous team work!  He is one amazing man! 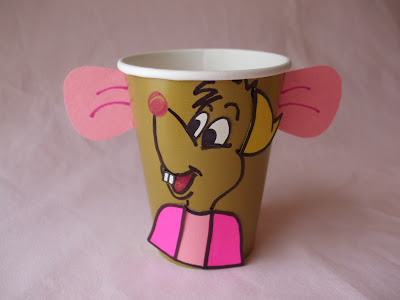 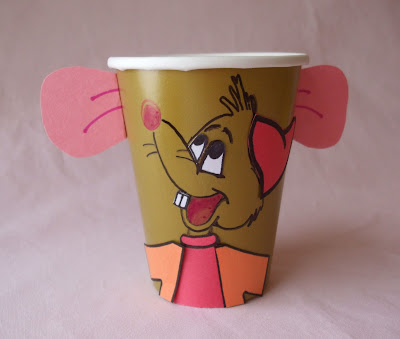 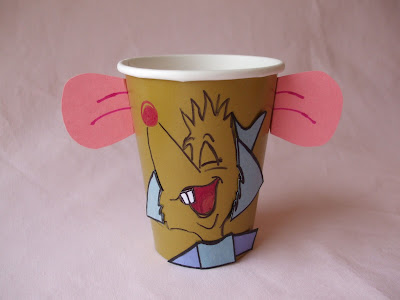 A tail in the back would have been fun.  However, at some point you just finish the project. 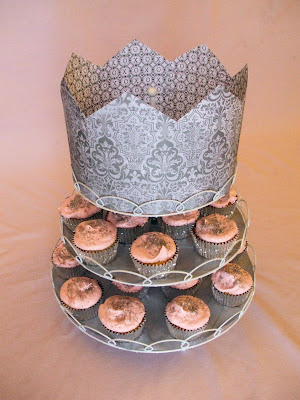 The incredibly simple cupcake dessert!  I cut out a paper crown for the top cupcake layer. 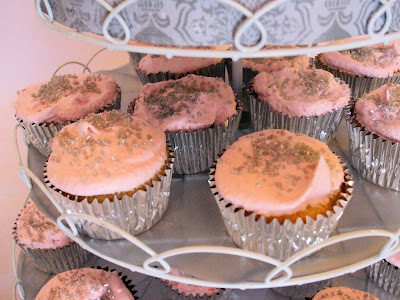 oh my goodness, was this for olive's birthday? I love it! You are soo creative melissa, I love your blog!

I am interested in using sheets as tablecloths for my wedding reception. Can you explain what you mean by sewing the sheets. Does that mean you made 2 into 1? Just curious thanks so much such a great idea!

Great Idea! I am considering using sheets as tablecloths for my wedding next June. You mentioed sewing the sheets-did you attach two together? what size sheet di you use?

Sorry! I didn't sew any sheets for the party, I generally use twin bed sheets. However, king size could be cut in half and hemmed to produce two table cloths. That may be a cheaper option but would require extra sewing. Good luck and have a wonderful reception!