This week I taught the kids I babysit about the Aztecs!  We decided to have a feast and incorporate what we learned. 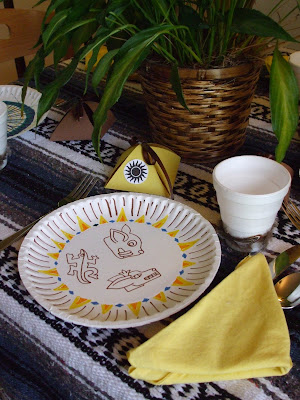 I used a blanket from Mazatlan as the table cloth. I had each child decorate their own plate using non-toxic markers.  Using the window as a light source they traced images I found from www.dltk-kids.com/world/mexico/m-pottery.htm.  The napkins are folded in your basic triangular napkin fold that if opened would resemble a pyramid.  The plant was suppose to represent the jungle.  We gathered plants from all around the house and filled the entire kitchen with "jungle". 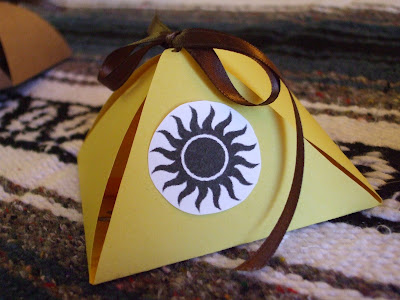 The paper pyramids are made out of construction paper. The suns were found on that same website. I put the kid's corn spears (we had corn on the cob) inside the pyramids. I wanted to put candy mummies inside each pyramid as it is close to Halloween but was unable to find any. Hershey kisses could have been cute (representing chocolate pyramids). 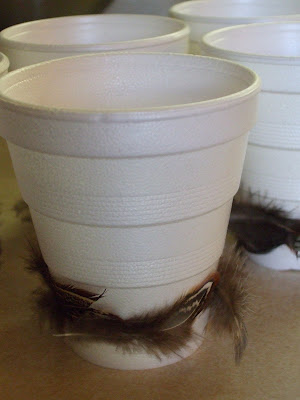 Each cup had a ring of feathers as the Aztecs would often decorate with feathers. 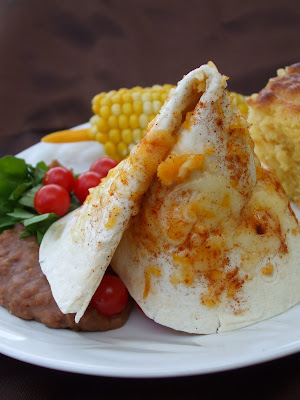 The Aztecs ate a lot of corn, beans, and tomatoes.  I decided to make burritos shaped like pyramids and allow each child to stuff their own.  We also had corn on the cob and corn bread with honey. 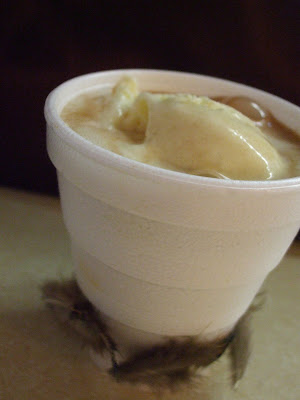 As for dessert we had hot cocoa.  Cocoa was a prized food item to the Aztec people.  We spruced it up with a scoop of ice cream...not that the Aztecs had ice cream.  However, it was a Mexican brand of ice cream!

Side note- if you use your paper plates to eat off of you will most likely eat the marker as well. If you would like to refrain from in taking marker then you can place a glass plate over your paper plate. Have fun running wild with this concept!
Posted by Creative Stirrings

You amaze me. Love it all.
Lovely photos too. Just amazing!